A debut from Big Brother & the Holding Company, too. 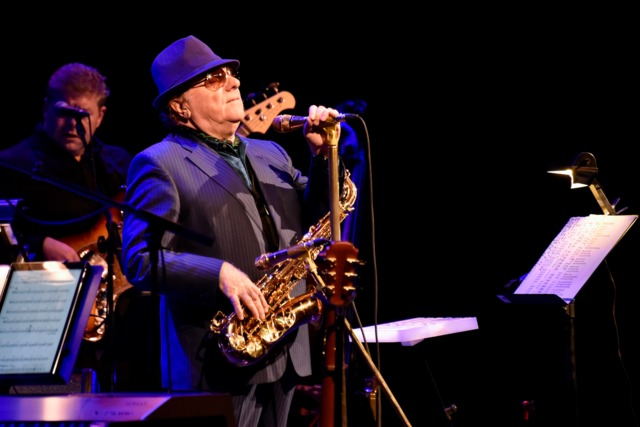 Today in rock history: on this date in 1945, powerhouse vocalist Van Morrison was born in Belfast, Ireland. Growing up listening to a steady diet of blues, country, folk and jazz, Morrison’s musical pedigree was rich and vibrant and it undoubtedly served him in becoming one of the absolute greatest singers of all time. Starting out with Irish garage rock band Them and releasing classic singles like “Gloria” and “Here Comes The Night,” Morrison embarked on an amazingly fruitful and successful career as a solo artist and a highly revered blue-eyed soul singer after leaving Them. With a massive catalog that includes single highlights like “Brown Eyed Girl,” “Crazy Love” and “Have I Told You Lately” and some of the greatest and most enduring rock albums of all time (Astral Weeks, Moondance), the Rock and Roll Hall of Fame Inductee has enjoyed one of the longest running careers in rock history. A member of the Songwriters Hall of Fame, “Van the Man” as he’s often called, was also knighted by British Royalty in 2016 adding to the many accolades he’s received throughout his long and storied path as a premier vocalist. Read our review of the opening night of his January set in Clearwater here.

READ MORE
Review: Van Morrison stretches out, settles in brilliantly for the first of three sold out shows at Clearwater’s Ruth Eckerd Hall

Today in rock history: on this date in 1973, The Rolling Stones released its thirteenth album, Goats Head Soup.  The record had the difficult task as serving as the follow up to the band’s stellar 1972 double-LP rock classic, Exile On Main St. but fared well on its own merits. Featuring two hit singles, the R&B infused  “Doo Doo Doo Doo Doo (Heartbreaker)” and one of the band’s very best ballads, “Angie,” the record continued a hot streak for the band (although some critics accused the Stones of sounding tired and spent on this one). Nonetheless, both “Angie” and the album soared straight to no. 1 on U.S. charts, and the album was a worldwide hit as well. The record features some lesser known and sadly overlooked stellar moments like the roots rock-soaked “Silver Train” and the bluesy “Winter,” arguably the best song on the album.


Today in rock history: on this date in 1981, extraordinarily underrated yet highly important and influential Los Angeles punk rock band The Gun Club released its amazing debut album, Fire of Love. Mixing elements of country, blues, rockabilly and early roots music, The Gun Club stood proudly on its own and accomplished a look, sound and feel that was miles away from its contemporaries. Lead singer, the late Jeffrey Lee Pierce, had a penchant for conjuring authentic swamp blues and voodoo folklore while channeling some of his blues heroes like Robert Johnson and Howlin’ Wolf. Pierce’s look and approach was unlike any other singer from the punk rock genre and he’s still revered as an innovator of the genre. Often referred to as an essential release from the west coast punk rock boom, the relevance and noteworthiness of this largely overlooked album cannot be overstated.


Today in rock history: on this date in 1967, the debut, self-titled album by San Francisco blues-rock outfit Big Brother & the Holding Company was released. Featuring a wildly talented female lead singer by the name of Janis Joplin, the record was met with little fanfare after being released on the small Mainstream Records imprint. Recorded over only three days in 1966, the record, barely clocking in at just over 23 minutes received a huge jolt when the band, and especially Joplin, received rave reviews and nearly stole the show at San Francisco’s Monterey Pop Festival in the summer of ’67. Instantly, major label Columbia records bought the band’s contract, re-released the albums, added a couple of tracks to it, and added Janis’s name to the front cover to draw more attention to the press she was drawing. The record produced one minor hit, “Down On Me” and set the stage for the short albeit highly significant musical journey the great Janis Joplin would embark on until her untimely death in 1970 at the age of 27.