Ryan Weaver is at the Gasparilla Bowl, too. 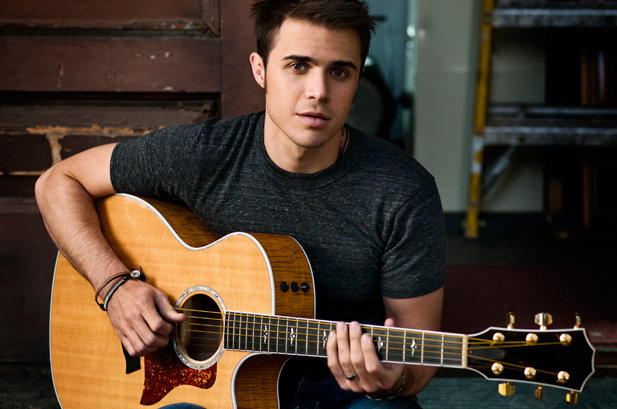 Ryan Weaver Rodeo fans already know Ryan Weaver from his gig as the “Patriotic Voice” of PBR (that’s Professional Bull Riders, you mustache-waxing hipster), and a crop of football fans got to know the Florida country singer these past few days as he participated in events leading up to Thursday’s Gasparilla Bowl at Tropicana Field. The former Marine and Black Hawk helicopter pilot has turned the heartache of losing his brother-in-law (also a serviceman) in battle into songs like “Never Forgotten,” and he’ll play a gig at Ferg’s before singing the national anthem before the FIU Panthers take on the Temple Owls in a sportsball match. (Ferg’s Sports Bar & Grill and the national anthem) INFO

Grateful Dead Night w/Uncle John’s Band Is your stoner uncle Bobby in town early and looking for something to do with his favorite niece or nephew? Take that kush-smoking kook to Skipper’s for this long-running north Tampa tradition. It probably won’t be as Kris Kringle-y as Uncle John’s Band’s pre-Christmas Eve rager at St. Pete’s Grateful Fed Pub, but it’ll be a good enough reason to get away from your more square relatives. (Skipper’s Smokehouse, Tampa) INFO

Rockapella Christmas You don’t have to know what a portmanteau is to enjoy the sounds of Rockapella. In fact, it’s probably better that you don’t. Focus instead on how the vocal ensemble harmonizes to “Hark! The Herald Angels Sing” at this downtown Clearwater gig featuring all of the holiday classics. (Capitol Theatre, Clearwater) INFO

Opera Tampa Singers For Christmas, the Opera Tampa singers decided that suburban fans of Italian cuisine need a little bit of Rossini’s La Cenerentola to go along with their rigatoni and cozze alla marinara. Or was it Strauss’s Salome to pair with a veal scallopini? Either way the crew is gonna belt it out at Donatello, so make a reservation if you’re so inclined. (Donatello Italian Restaurant, Tampa) INFO

✔️ Kris Allen w/Marie Miller It’s been almost a decade since Kris Allen emerged victorious after the eighth season of American Idol. That would render almost anyone else irrelevant, but it’s the holiday season and the smoky-eyed, 32-year-old strummer is just over a year removed from the release of his Christmas album, which he’ll pull from at this listening room gig alongside Marie Miller, whose 2013 single “6’2” reached the height of its popularity when it landed on ABC’s Dancing With The Stars. (The Attic at Rock Brothers Brewing, Ybor City) INFO

✔️ The Ten Tenors Jersey’s Rockapella vocal ensemble is playing a holiday show in Clearwater on the very same night, but if you want your rendition of “White Christmas” delivered by big-lunged boys from somewhere near Brisbane, then you should probably spring for a seat at the Mahaffey, where “Australia’s rock stars of the opera” will do traditional tunes next to more contemporary ones. These dudes are seriously studly enough to be a rugby team, so be prepared to land on the naughty list after getting home from this show. (Mahaffey Theater, St. Petersburg) INFO

✔️ The Florida Orchestra: Handel’s Messiah Happen to be a religious type who missed the Florida Orchestra’s previous performance of this holiday classic? Thou shalt thank the procrastinating prophet of aloofness and atone for your sin by catching a spin through the piece at this massive house of worship in Lutz. There’s also a Friday show at Mahaffey if you’re the kind who melts upon crossing the threshold at a house of God. (Idlewild Baptist Church, Tampa) INFO