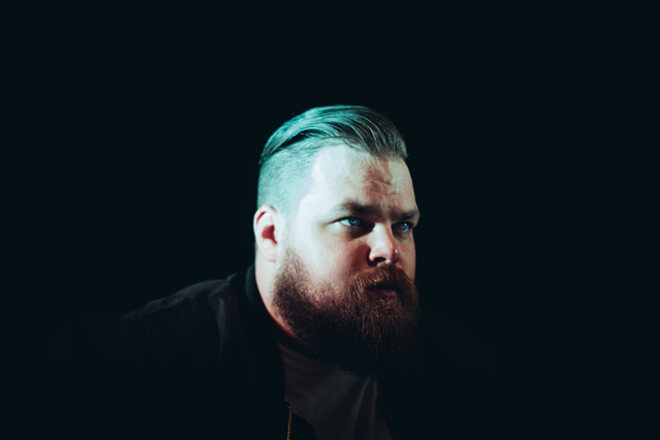 ✔️  Centennial Tribute to Dizzy Gillespie w/James Suggs/The Bop Legacy Ensemble/Gumbi Ortiz Sundays in Ybor were already pretty spicy thanks to Crowbar’s BOTB-winning Ol’ Dirty Sundays party, but the Tampa Jazz Club is throwing its weight around with this, the first of seven afternoon shows set to take place in the historic district. This one finds an all-star cast of Bay area jazz players paying tribute to the one and only Dizzy Gillespie, and if you’re a fan of the bebop great’s Afro-Cuban tendencies, then you’re going to love watching Gumbi Ortiz hit the congas at this performance. (Hillsborough Community College Art Gallery and Mainstage Theatre, Ybor City) INFO

SZA w/Smino/Ravyn Lenae God bless if you were fortunate enough to get one of the handfuls of last-minute SZA tickets Orpheum released last week. The rest of you will have to just exercise a little CTRL as one of the brightest new stars in R&B brings a potential album-of-the-year contender for a show that sold out in less than 10 minutes. (Orpheum, Ybor City) INFO

✔️  Com Truise w/Cleopold/Fr33dback Seth Haley has come a long way since a 2011 set opening for Glitch Mob at the old Czar. Back then, the New York producer better known as Com Truise was peddling vintage, Italian-flavored synth-pop as part of a tour supporting Galactic Melt, but now Haley has moved to L.A. and found a way to flip the bass-heavy sounds of his past into a more refined strain of chilled-out electro that’s OK with getting a little sunburned in a hotel pool while enjoying the after-effects of its third (or fourth) THC-gummy. Australian producer Cleopold opens the show along with Tampa’s own Fr33dback, who joined the bill after Nosaj Thing had to drop off the show. (Crowbar, Ybor City) INFO

Trevor Hall w/East Forrest Remember your friends who used to play Jack Johnson at senior year parties? Well, here’s a guy who actually made good on that impetus to play rootsy-folk jams. Expect the gravely-throated Trevor Hall to give fans a ton of the strummy, summery and introspective reggae-influenced fare that’s made him famous over the last 10 years and hope that he plays a lot from a brand new LP, The Fruitful Darkness Pt. 1, which saw release two weeks ago. (Jannus Live, St. Petersburg) INFO