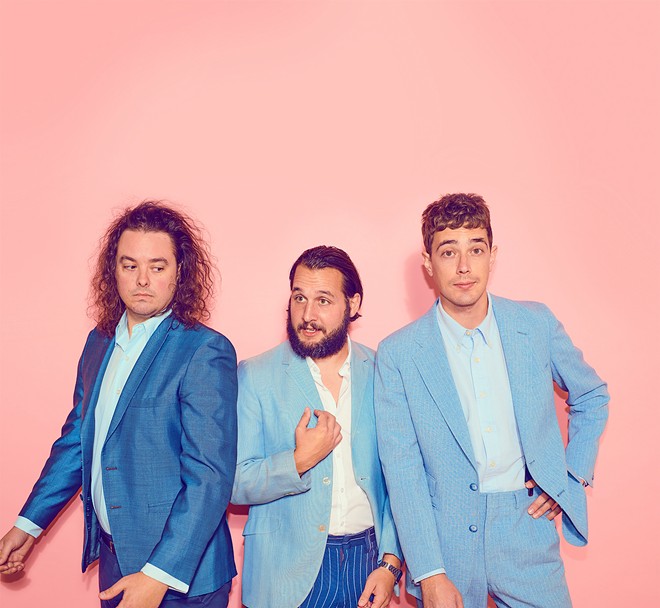 Photo by Matt Barnes via Paper Bag Records
Born Ruffians
That smell? “Chrysanthemums” from Canada, care of Born Ruffians—one of the most consistent indie-rock bands of the last decade—which is headed to Tampa for a Mother's Day concert in Ybor City.

Frontman Luke LaLonde is back in Tampa Bay this weekend (a region his band has rarely skipped despite being born 1,300 miles away in Toronto) a year after releasing a trio of albums (Juice, Squeeze and Pulp) rolled out in between 2020-2021 and culled from sessions related to the band’s 2018 outing Uncle, Duke & The Chief.
“Chrysanthemums”—a bassline-driven mellow meditation with an equally chill, machine-produced psychedelic music video, represents the first bit of new music from the Ruffians since the triptych—and Ontarian post-punk band Sham Family will open the show.