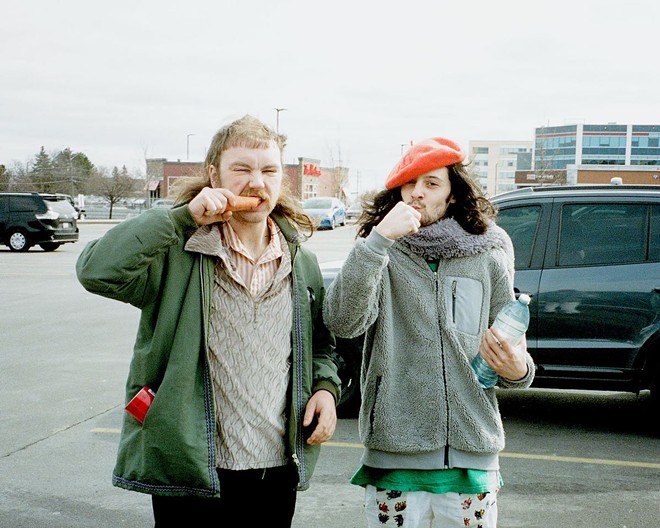 Photo via crywanktheband/Facebook
Crywank
You can probably guess where Crywank’s moniker came from, but you won’t be able to predict how you’ll feel on Sunday, Aug. 14 at Crowbar in Ybor City after a full set of mildly-depressing, ineffably potent anti-folk from this U.K. outfit that makes music for fans of Daniel Johnston and The Moldy Peaches.

Its 2021 release Just Popping In To Say Hi was a pleasant surprise to fans who thought the band was over after a 2019 breakup announcement, and while Dan Watson gave Jay Clayton the blessing to do that album solo, they’ll both be present for this show that’s part of Crywank’s first-ever U.S. tour.
The sad and rad vibes are amplified by Chastity whose new album Suffer Summer is the punk and grunge 2022 release you need to be listening to right now—and you’re a damn fool to not get there early to catch a set from Mrenc, Lakeland’s patron saint of scuzzy art-pop noir.