There've been shows in St. Petersburg, but not the 813. 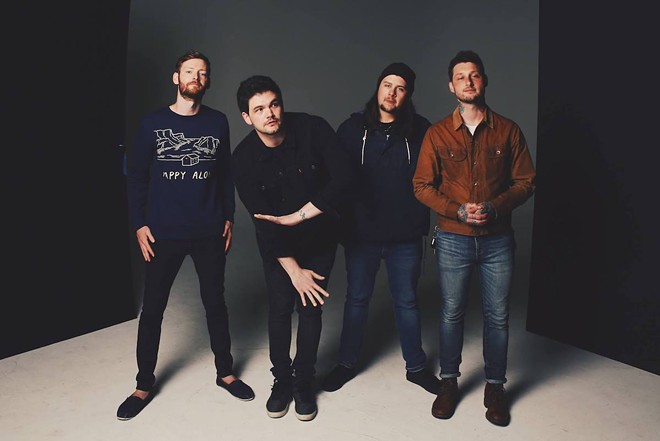 Photo via thespillcanvas/Facebook
The Spill Canvas
Last year, emo veteran The Spill Canvas released Conduit, its first album in nearly a decade. The recording hiatus had to do with band members taking on solo projects, and “personal and health issues” co-founder Nick Thomas was going through.

Nonetheless, it still toured for the sake of touring alongside acts such as Motion City Soundtrack and Punchline. Twenty years after the release of the band’s first album, The Spill Canvas finally makes its Tampa proper debut on Wednesday, Dec. 14 at Orpheum (there have been gigs at the old State Theatre in the past).