Because Night Beach is bringing the genre to The Bends. 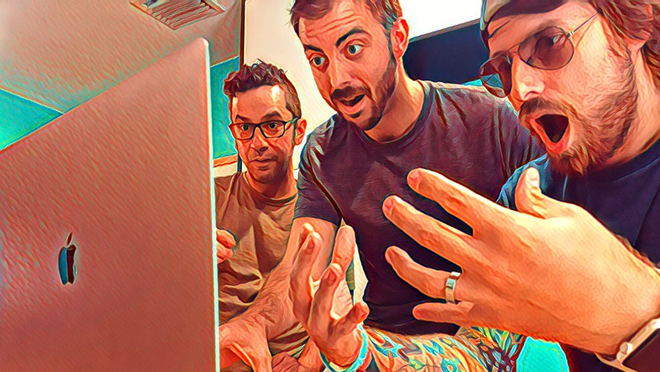 Lassyu w/Conway Stern/Night Beach A CL favorite (indie psych-soul band Lassyu) brings a pair of relatively new bands — Levi Foe’s St. Pete experimental-rock quartet Conway Stern and “yacht metal” four-piece Night Beach — to The Bends for what should be an interesting night of rock. Night Beach's sound is synth-heavy indie-rock. "Electro-yacht-metal," is an even better way to describe it, the band added. This show is free to attend, but you better tip the bartender and buy some merch, too. (The Bends, St. Petersburg) INFO

✔️ Mija w/Ryan Forever CL missed a 2017 beachside set from now Los Angeles-based producer Mija, so we’re glad to see her returning to the Bay area for a SoHo throwdown at The Kennedy in support of a new EP, How To Measure The Distance Between Two Lovers. Joining her on this run is Dirtybird Records favorite Ryan Forever, who can toss techno, glitch, and dark synth-wave into mixes which are normally propelled by high-BPM party jams and originals. (The Kennedy, Tampa) INFO

Benefit For Tiffany Singletary w/Tickle/Pagan Faith/Precipice/Postcard Scene/Rise BeyondBay area rock bands get together for this donation based show where proceeds from the door — plus raffles of Dean guitars, merch and gift certificates — go toward helping Tampa resident Tiffany Singletary, who was diagnosed with breast cancer in the springtime. (Brass Mug, Tampa) INFO

Jenu Six & The Old Souls Most of the members of Jenu Six & The Old Souls look too fresh-faced to really know about the vintage brand of bluegrass and folk they’re peddling, but the Tampa and Austin, Texas-based four-piece does just fine thanks to the mighty engine that fiddler Mollie Getson and stand-up bass player Nilu Jimenez Ross unleash on songs like “Devil’s Train.” This is yet another free, early and very laid-back show at Safety Harbor’s ridiculously charming Crooked Thumb Brewery. Bring money for beer. (Crooked Thumb Brewery, Safety Harbor) INFO

✔️ John Nowicki Poetry ‘n’ Lotion drummer John Nowicki is no stranger to schooling himself in the ways of some of America’s strangest songwriters (read: Fat Jim Morrison), so we expect it to get weird — and very good — when Nowicki plays the music of the mostly inimitable Tom Waits. “All aspects of his career will be touched upon,” Nowicki wrote in a preview of the Friday-night gig, “from The Heart of Saturday Night, straight through to Orphans.” Free to attend, bring money for meatloaf. (Ella’s Americana Folk Art Café, Tampa) INFO

Justin Walden The Blue Note is quickly building up one of the most eclectic show schedules in Tampa (you can often hear jazz, metal, rock and folk in the same week). This show is twangy thanks to Tennessee-born singer and multi-instrumentalist Justin Walden, who plays seemingly everything from piano to mando, banjo and fiddle. Inspired by both old (Del McCoury, Bill Monroe) and new (Big & Rich, Chris Stapleton) artists alike, the 26-year-old celebrates the release of a new EP at this show. (The Blue Note, Tampa) INFO

✔️ Florida Ska Events Presents: Keith & Tex w/Control This/The New Rulers/DJ AMFB Florida Ska has been busy bringing the sweet sounds of Jamaica to clubs like Fubar, but the group expands to the Skipperdome on Friday when Keith Rowe and Texas Dixon (aka Keith & Tex) bring heavy rocksteady vibes to north Tampa. It’s been about half a century since the duo released its big hit “Stop That Train,” and you can expect ska and reggae fans to be out in full effect to pay respect to these legends of the genre. Orlando ska band Control This plays support alongside The New Rulers from Clearwater. (Skipper’s Smokehouse, Tampa) INFO

A MAN FOR ALL SEASONS
St. Petersburg guitarist and songwriter Billy Summer shares his favorite, most influential sounds

✔️ Eliot Lipp w/Jon Santana/Holyman/Amition/Trajik Majik Eliot Lipp has been collaborating with other artists since the release of a series of 2006 mixtapes, but the Austin-based producer really started to forge his own sound starting with his 2012 release on Pretty Lights Music. Known for melding hip-hop, electro, funk, and disco elements into ambient and breakbeat music, Lipp— who arrives supporting a 2018 beat-heavy album, Skywave — is an underground favorite who’ll hopefully bring a devoted fanbase to Crowbar, where Brooklyn’s Holyman opens the show alongside Lakeland’s own John Santana and more. (Crowbar, Ybor City) INFO

✔️ Perpetual Groove Brock Butler had a much smaller stage to navigate the last time Perpetual Groove came to the Bay area (a 2016 set at Crowbar in Ybor City), so expect the Georgia jam vets to stretch out for this one at the State Theatre, where fans will undoubtedly still be reeling from the fact that Brock & Co. emerged from the band’s two-year hiatus ready to hit the road hard. (State Theatre, St. Petersburg) INFO

TC Carr and Bolts of Blue (The Ale & the Witch, St. Petersburg) INFO