There is no definitive timeline on construction. New World will continue to operate as normal, and will rebuild when time comes. 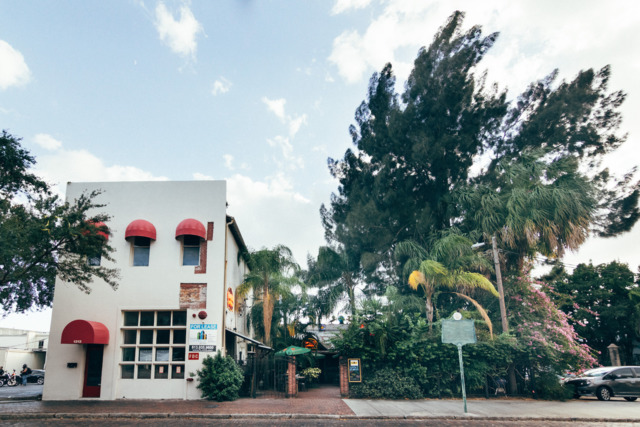 On December 13, Ybor City’s Barrio Latino Commission (BLC) unanimously approved Ybor Marti LLC’s petition to demolish a non-contributing structure at 1313 E. 8th Ave. — the site of long-running music venue, restaurant and bar New World Brewery. There is no concrete timeline, but developer Ariel Quintela recently told CL that he expects something to happen on the site within a year. In a November 7 story, New World Brewery owner Steve Bird was very clear that he would rebuild no matter what happens and that the bar will continue day-to-day operations as normal. He reiterated that again in a talk with CL on the evening after the BLC hearing.

“We’re looking, and we will build somewhere else,” Bird said. “It’s been a great run, and we’ll find a new place.” He’s emphasized that there are no ill feelings towards the BLC or any Ybor entity. “Ybor has a plan, and this is what it is. It's great to see the firehouse being restored. We’ll figure it out. In the meantime we're here, and we love this community.”

In the hearing, BLC members present (commission chair Rich Simmons, architects Chris Vela and Juan Ricardes, and restaurant owner Eric Schiller) also granted Ybor Marti LLC a loading spot variance and approved a certificate of appropriateness for the construction of a new four-story mixed-use building at the address. The mixed-use development — which is a single building with two facades — will feature three floors of apartments above what could be office, retail or restaurant space. It will sit next to an old firehouse that developers have plans to restore.

Before the commission’s decision, they heard from members of the community who voiced opposition to the project.

“During this hearing, we are hearing a lot about restoring historical buildings and imitating historical structures,” said Ash Dudney, a Bay area musician who also works at the venue. He added that New World Brewery is a bar like none other. “I implore you to consider giving up-and-coming businesses a chance instead of always trying to imitate life from 100 years ago — young businesses should also have a chance to create their own history.”

Roxanne Gallo, who recently began working with other Tampa promoters to bring shows to the venue called it an “oasis away from Seventh Avenue.” The BLC was straightforward in their decision.

“I am certainly listening to the friends of New World Brewery,” Schiller, 63, said before adding that the weight of the scales just wasn’t going to tip towards disapproving the petitions. “You lose New World Brewery, and you gain 33 residential units — I love the place, but it’s time.”

“This decision comes with mixed emotions and a heavy heart,” Simmons, who is the principal at RSA Architecture, said. “New World Brewery will be tough to recreate and the people you are trying to attract with development like this are the exact people that want to go there.” He added that the new projects are in line with the district and also restore a firehouse that’s been neglected for easily 70 years. Vela was also sentimental in explaining his decision.

“I do have a heavy heart. [New World] became a focal point in Ybor and a place to have conversations,” he said before noting that moving forward with the new development underscores the need for preservation in the district. “I am definitely a little torn up emotionally.”

See previous stories on this here, here and here.

Requests for additional comment from the Historical Preservation Committee have not been returned as of yet, and we will update this post with any more relevant information. A greater conversation regarding the restoration of the old firehouse is definitely in order. So is a conversation about how New World and its community of regulars can enjoy the venue and plan on relocation when the time comes.