You all REALLY love Yes. 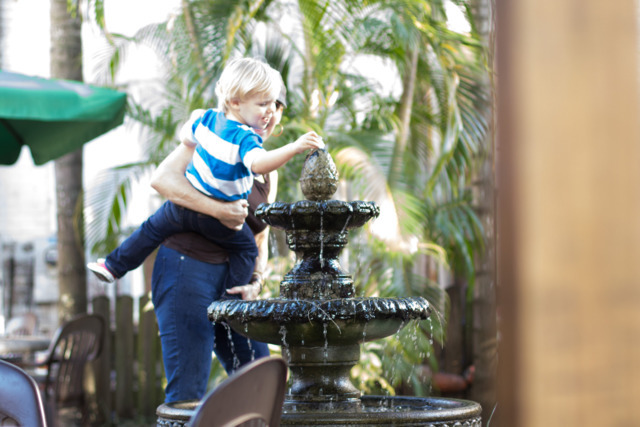 Anthony Martino
A child plays with the fountain at New World Brewery in Ybor City, Florida on November 6, 2016.

The end of the year naturally lends itself to a lot of self reflection and loathing. We're going to use pure data to show you the things you cared about in CL's music section this year. Below you'll see the most popular posts on cltampa.com/music for 2016.

Why you cared: On only their second performance of their newly launched world tour, the recently formed ARW showed a roomful of elated fans that their glory days are far from behind them and that there’s still plenty of inspiration and innovation left in what they do. Ex-Yes members Jon Anderson, Trevor Rabin and Rick Wakeman assembled this new band in order to faithfully deliver the spirit and the essence of the music of the band from which they derived...and they did so in grand style.

Why you cared: Dallas Taylor, a founding member of Tampa hardcore outfit Underoath and current member of Alabama's Maylene and the Sons of Disaster, was unconscious after an ATV accident in Ocala, Florida. The 36-year-old was visiting his family and was airlifted to the hospital where he is in intensive care.

Why you cared: Grins, goosebumps, sentimental appreciation, that purest state of musical bliss, that moment when you realize the past and present have collided and exploded to create the strangest sense of déjà vu and novelty – yeah, all that happened this past Sunday at The Ritz Ybor, where The Claypool Lennon Delirium swept us up into a maelstrom of star-faring space rock and heavy-fizzing and whirling psychedelia.

Why you cared: Orlando, Florida lost one of their brighter stars, rising producer, Big Makk. The 25-year-old died in a Seminole County car accident early this morning.

Tracy May
Pride in the name of Boy George: Culture Club at Mahaffey Theater Wed., July 6, 2016.

Why you cared: Subtlety has never been Boy George’s strong suit, and his devoted followers love that about him. Dressed from head to toe in oversized, floor-dusting rainbow-striped jacket, slacks and jaunty top hat, the UK's soulful visually exquisite singer pranced his way onto the large stage at St. Petersburg’s Mahaffey Theater and led the expansive 2016 lineup of his hit-making machine, Culture Club, through a non-stop, entertaining 100-minute set.

06. Concert review: Panic! at the Disco & Weezer bring fun for the whole family to Tampa

Why you cared: Because the emo-pop outfit came to town with Weezer, duh.

Why you cared: On December 13, Ybor City’s Barrio Latino Commission (BLC) unanimously approved Ybor Marti LLC’s petition to demolish a non-contributing structure at 1313 E. 8th Ave. — the site of long-running music venue, restaurant and bar New World Brewery. There is no concrete timeline, but developer Ariel Quintela recently told CLthat he expects something to happen on the site within a year. In a November 7 story, New World Brewery owner Steve Bird was very clear that he would rebuild no matter what happens and that the bar will continue day-to-day operations as normal. He reiterated that again in a talk with CL on the evening after the BLC hearing.

Why you cared: Because you're worried about what new development means for the future of of live music in Ybor City.

Why you cared: Because the former member of Yes is a keyboard wizard.

Why you cared: The event celebrated the Southeastern release of Hootie's Homegrown Ale, a Cigar City x Rock Bros. collaboration CL outlined in our Ybor City Neighborhood Issue in April. The band never really broke up, but frontman Darius Rucker (his real name is not Hootie, people) has been busy raking it in as a country star. 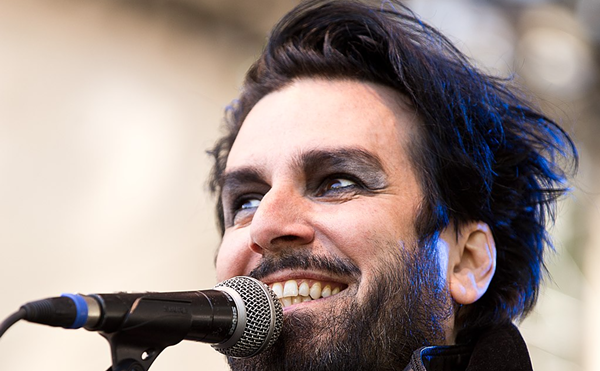