You can thank Zach Braff for that new Bon Iver song; listen to it now

"Heavenly Father" appears on Wish I Here soundtrack due July 15. 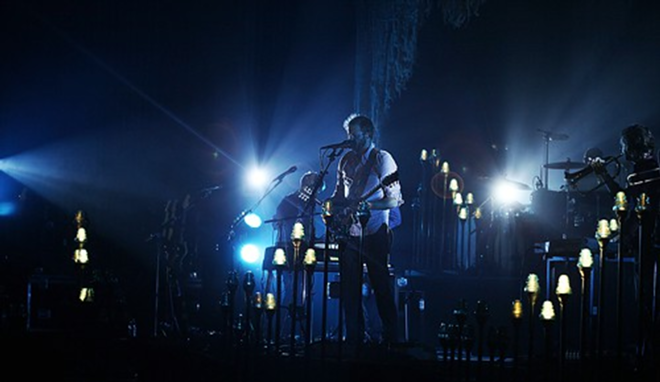 Last spring, Zach Braff asked for a douchey (or not so douchey) $2 million so that he could make an unofficial follow up to Garden State that was devoid of outside influence from producers. Well, fans forked up more than $3 million, and while only uber-backers have been given a chance to see the film, indie music fans have been drooling over the soundtrack for about a week now.

"The Soundtrack to Garden State was more popular than I could have ever imagined. The album went platinum and won a Grammy," Braff wrote last year. "Music and score are very important to me, and I'll be using them in the same way in Wish I Was Here."

We're glad he did. Last week we learned that The Shins contributed a song ("So Now What"), and now the movie has given us the first new Bon Iver song in three years.

The track — titled "Heavenly Father" — is one of two Bonny Bear contributions to the soundtrack ("Holocene" from the band's 2011 self-titled sophomore effort also found a place on the 15-part tracklisting), and features Justin Vernon's familiarly haunting vocals standing front and center on top of simple acoustic, synthesized percussion and a buzzing, ethereal loop.

Have a listen to the track by clicking here. See the whole soundtrack tracklisting and watch the trailer for Wish I Was Here below (via NPR). The movie sees wide release on July 18, and the soundtrack can be yours on July 15. Vinyl lovers will have to wait until August 5. Preorder it here.