A comeback from COVID-19, that is. 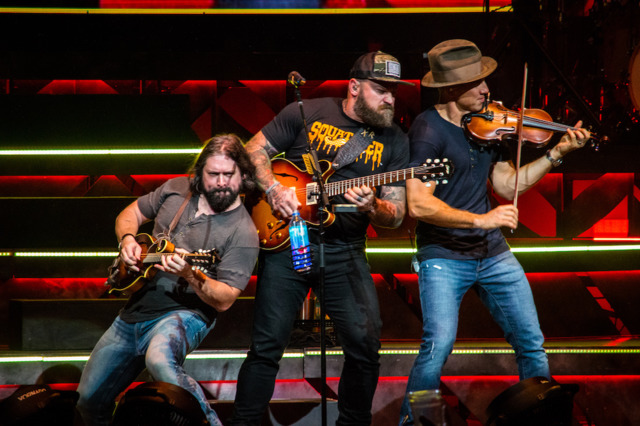 You can’t say that Atlanta’s Zac Brown Band doesn’t give a crap about Tampa Bay.

Almost every year since 2011—with the exception of 2018, and a postponed fall 2020 show, the band has brought its twang to mainly Tampa’s MIDFLORIDA Credit Union Amphitheater, almost always promoting new music. The guys behind "Chicken Fried" released their latest record, The Owl, in September of 2019, and with all the time in isolation, it would be no surprise if some new music were cooking. This is especially considering the fact that Zac and friends’ last three albums have been released on a biannual basis.

Depending on how things go, we might just get a live preview of a new song or two from The Zac Brown Band, which announced its “Comeback” tour earlier this month—a late-tour stop in Tampa is lined up for October 10. Obviously, the band means “comeback” as a way of returning to touring following the inability to do so with the world in rough shape. No sir, this is not the kind of comeback tour that people like Barbra Streisand does every few years, declaring it as their last outing ever each time. (We still love you, Barbra. Your voice is like buttah.)

Opening will be two of the Zac Brown Band’s country music co-workers: Warner Music Nashville’s Devin Dawson, and former The Voice contestant Ashland Craft. Tickets for this beard-fest have already gone on sale, and start at $40 for lawn seating.

This show will be happening the night before Alice Cooper and KISS’ Ace Frehley tear the house down with their glam/hard rock, so if your taste in music is eclectic enough, maybe reserve a nearby hotel, or bring a sleeping bag and tent.