Summer brews that quench and cool

Beat the heat of the dog days with these fruity and refreshing beverages. 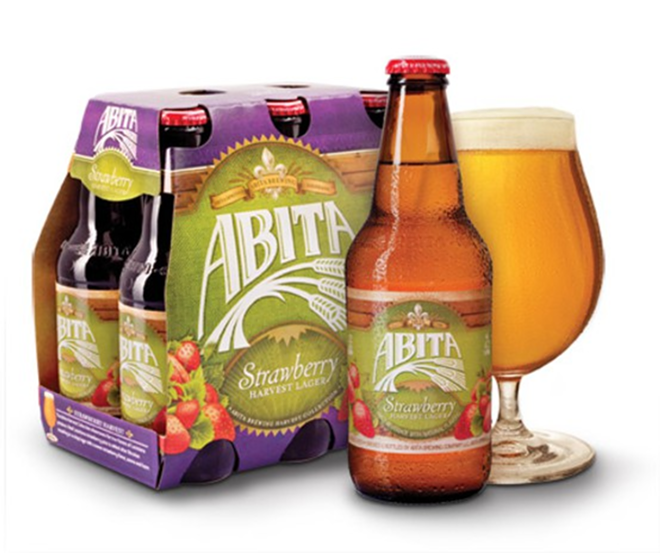 
I often say that "beer is liquid art" because when it comes to craft selections, the best or the worst is a matter of personal preference. Craft beer styles and flavors are as diverse as wines, with myriad of tastes and aromas. Summer's in full swing, so I tried some new fruit-infused beers that are perfect for beating the heat. Below are a few low-risk (and high reward) suggestions for your next picnic or barbecue.

Abita Strawberry Harvest Lager (one of three harvest ales) is 4.2 percent ABV. It is made with "real Louisiana strawberry juice," and it's one of the most subtle and genuinely fruit-flavored beers on the market. It is my favorite fruit brew because the strawberry flavors don't overpower the lager, and you can actually taste the strawberry seeds. Abita is a Louisiana-based brewery that is high on my list because of its diversity of style and regular/seasonal offerings that range from IPA's (such as their Jockamo IPA) to "harvest" ales to helles dopplebocks (Andygator).

Everyone I've met who likes fruit beer concurs that the Strawberry Harvest is one of Abita's best. The flavors are superior to the Purple Haze Raspberry, which is one of the regular pours. In Florida, this strawberry delight is flying off the shelves at grocers and retailers, not only because of the taste, but because it is only around for a limited time. I love pairing the brew with a strawberry spinach salad or Asian noodle lettuce salad.

Sea Dog Brewing Apricot Ale is a 4.6 percent ABV wheat ale that has, in my opinion, the best apricot flavor (subtle yet distinctive) on the market. Sea Dog is a Maine-based brewery that recently opened up a brewpub/restaurant in Clearwater/Countryside. While Sea Dog has a full line of beers including raspberry wheat and blueberry wheat ales — along with IPAs and others — the apricot is by far my favorite on a hot summer day because of its crisp, refreshing flavor.

Dunedin Brewery touts the Apricot Peach Ale (5.6 percent ABV) as its "most popular beer." And I can see why. Distinctly heavier in both flavor and body than the aforementioned beers, the apricot ale joins the brewery's raspberry wheat as a flavorful concoction that would pair well with a light balsamic anything. If you can't locate this beer on the shelf of your favorite retailer, you can always get it fresh in a "growler" (to-go jug) at Dunedin Brewery.

Sam Adams Summer Ale is a 5.3 percent seasonal specialty by Sam Adams brewing Co., and it's a draught favorite of mine. While it does not contain fruit flavors, it does have a slight citrusy lemon and clove flavor mixed with what I call the Sam Adams distinctive taste (my palate detects a similar undertone in all of their beers). Last weekend, Jim Koch remarked (at the Beer Bloggers Conference I attended in Boston) that they didn't anticipate the incredible demand for the summer ale and as a result, the brew is already in short supply at local bars and is quickly being subbed out for the heavier Oktoberfest brew.

Leinenkugel Summer Shandy is a well-distributed Wisconsin-brewed summer seasonal by Jacob Leinenkugel Brewing Co. It's an easy introduction to craft beer, especially for anyone whose go-to beer is a mass produced light beer by one of the large breweries in the U.S. Summer Shandy is a mild 4.2 percent and is as easy to drink as lemonade. It's available everywhere (in this area, at least) until Labor Day.