A farewell from our outgoing editor-in-chief 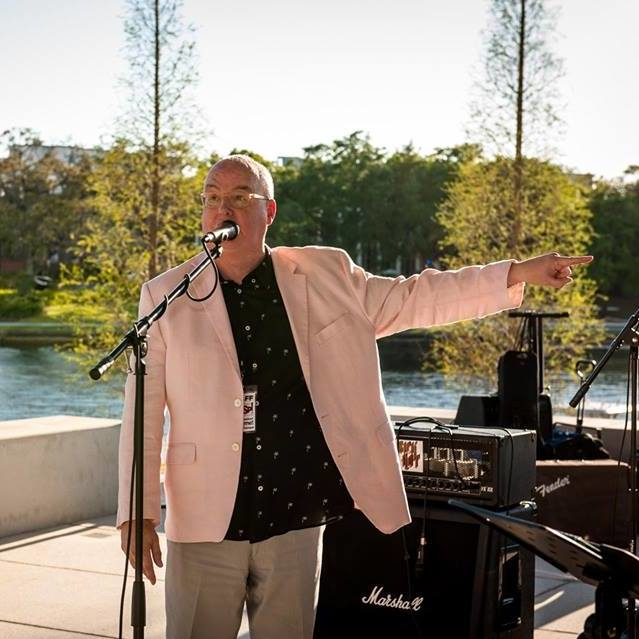 Back in July of 2004, I wrote a column called “We’ll talk” in which I said hello to Tampa Bay and introduced myself as the new editor of what was then called Weekly Planet.

Fourteen years later, give or take a few months, having just been laid off as editor-in-chief of what is now called Creative Loafing, I’m not saying goodbye exactly — more like “See you around.”

That’s been one of the perks that came with being the editor of CL — getting to know so many of the area’s most interesting, creative and newsworthy people and, because our big cities feel like small towns, seeing them around.

At galleries. At theater openings. In restaurants. At press conferences, on sidewalks, in chance encounters. And at so many of CL’s own events, from Best of the Bay to Margarita Wars to my particular pet project, GASP!

And the cool thing is that, because my plan is to stick around, I expect to see you around even more. I just won’t necessarily be able to guarantee you coverage, because I will no longer be in charge of what CL covers.

I guess I should have known.

It’s been common knowledge since last December that our current owner, Southcomm, Inc. out of Nashville and Wisconsin, was offloading its alt-weeklies to concentrate on its B2B publications, and that CL Tampa was among the papers on the chopping block. (Southcomm’s alt-weeklies in Washington, Atlanta, Cincinnati, Kansas City and even the company’s one-time flagship paper, the Nashville Scene, have all been sold or put up for sale.) Accordingly, our office had been plagued by the dull hum of uncertainty for months.

But in recent weeks the hum had receded, at least in my own brain. I was concentrating on what was immediate and exciting. News Editor Kate Bradshaw was close to getting a one-on-one with former police chief and probable mayoral candidate Jane Castor. I was working on our first collaboration with Visit Tampa Bay on a guide for LGBT visitors. And GASP! — the CL performing arts festival at the Tampa Museum of Art that I curate, produce and love dearly — was on its way to being the best one since its debut in 2014. All of those projects came to fruition very successfully at around the same time, and I have to admit that I had the hubris to think, well, they won’t want to kick me to the curb now. Not with all this achievement, right?

Who was I kidding? After GASP!, my husband and I stayed the night in Tampa and stuck around the next day to do a little apartment-hunting. Independent of the potential changes at CL, we’d decided to put our house in St. Pete on the market — good time to sell, interest in making a change. Dedicated St. Petersburgers that we are, however, we hadn’t considered a Tampa apartment until that morning — when we stumbled onto the brand-new Bainbridge complex in Ybor, which is beautiful, affordable and, I suddenly realized: I could walk to work! I hadn’t been able to do that since living in Philly, and with my commute on I-275 having become permanently unbearable, the notion of walkableness was suddenly everything.

We were ready to sign. We even put a few dollars down just to show our interest. Tampa is changing, we’re changing, a new chapter is about to begin! But on Sunday a nagging question occurred to me: OK, that’s cool and all that I could walk to work from this apartment, but what if I don’t have a job to walk to? So I called and asked James about it, and he gave me the word. The company purchasing us from Southcomm, Euclid Media, was asking for even deeper cuts than he’d expected, meaning everyone was vulnerable, including myself — and no, probably not a good idea to get that apartment in Ybor if the primary reason is your walk to work.

I confess I held to the idea to the very last minute — last Friday, to be exact — that hey, maybe, it’d all change and we’d all live to create another issue together.

No such luck. On Friday it was confirmed: news editor Kate, creative director Julio Ramos, account execs James Ostrand and Claire Sayetta and I were all being laid off. There were hugs and tears and lots of drinks at the Armature Works at the end of the day. And a staff that was already small is now verging on minuscule.

The new owners run a slew of successful alt-weeklies, including Orlando’s, many of which are surviving nicely with staffs as small as what CL’s has become, and the company reportedly brings with it online expertise to help the paper survive and thrive. And I sincerely believe that the remaining four (count ‘em, four) full-time editorial staffers have the smarts, the determination and the belief in CL that’ll enable them to keep the paper and cltampa.com as vibrant and necessary as ever — though the task may require way longer hours and far fewer meetings. I’ve told them in the past that they were about the strongest edit team I’d had the pleasure of working with, and even though Kate and I will not be part of that team anymore, I still have enormous faith in the skills and the heart and the great good humor of Scott Harrell, Ray Roa, Cathy Salustri and Meaghan Habuda.

Please don’t go in that direction, faithful readers. It may be a different paper, but it’ll still be a good paper — and I hope sincerely that the folks at Euclid will make it even better.

Meanwhile, my new email is [email protected] and you can find me on Facebook and LinkedIn, albeit with a slightly altered profile.