A St. Pete renter who was hastily evicted for a hotel expansion died while moving out

A vigil and protest is planned for Kelvin Washington on Saturday. 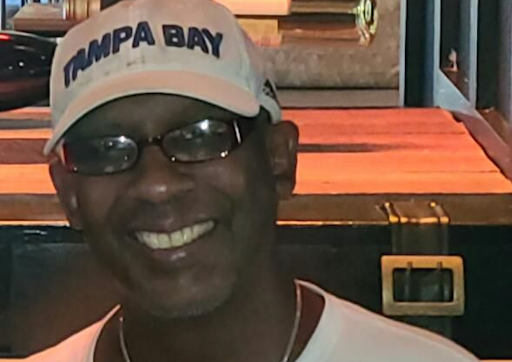 Kelvin Washington was rushing to pack up his belongings and move to his girlfriend’s house when he collapsed on the floor of his St. Petersburg apartment.

The 64-year-old was stressed and hurrying to move out of his place at the Stanton Hotel and Apartments—located at 211 3rd St N next to the Cordova Inn—where owners had given renters there a 15-30 day notice to move out.

According to the St. Pete Tenants Union (SPTU) which has been organizing to protect the renters, Washington’s neighbors heard a loud thud from upstairs when his body hit the ground. They found him sweating profusely.

They called 911 and watched his body get carried out on a stretcher and taken to St. Anthony’s Hospital where he was later pronounced dead. Creative Loafing Tampa Bay reached out to the Pinellas County Medical Examiner to find the exact cause of death, but has not yet received a response. This post will be updated if a response comes in.

Washington passed away just 12 days before his 65th birthday.

Residents at the Stanton Hotel and Apartments, who are low income, mostly elderly and disabled, find themselves in a rough position with the last minute evictions, and Washington had taken a stand with his fellow tenants.

“I’m really perturbed because I have nowhere to go, I’m on disability and I’m trying to do my best, working part time to supplement my income,” Washington said at a recent protest over the evictions. “But, we’re the low people on the totem pole. They [the developers and landlords] don’t care.”

TJM Properties, the owner of the Stanton Hotel and Apartments, is in the process of selling the buildings to New Hotel Collection for their plans to expand the Cordova Inn hotel.

St. Pete has an ordinance that requires developers to notify tenants at least 90 days before a demolition is set to take place. Since the expansion has not even been approved yet, the ordinance does not currently apply.

Earlier this month, SPTU sent in a public notice to discuss the evictions at St. Pete's Community Planning Preservation Commission Public Hearing, but the item was not added to the agenda.

On Oct. 13, SPTU protested with residents demanding that TJM Properties rescind the notices to vacate, not attempt to harass anyone who stays longer than the original date on the notice, not attempt to coerce the residents into leaving before they are ready, give the tenants at least until the end of the year to find new housing, and give each resident at least $6,000 to move.

In response, New Hotel Collective issued a statement saying: "The Stanton buildings are no longer safe, so it's important for residents to find a new place to live. The Stanton ownership company is offering a significant amount of help by forgoing October rents, providing cash payments, and connecting residents to community resources.

The cash help offer was for $500, SPTU said, and the community resources included the number to the local homeless shelter.

“Evictions are violence,” SPTU wrote in a press release about Washington’s death. “Terence J. McCarthy, or TJM, literally has blood on his hands.”

On Saturday, Washington’s friends, neighbors and SPTU will hold a vigil and protest at the site of Cordova Inn to honor Kelvin's life and to “make TJM answer to the violence he is causing in our community.”