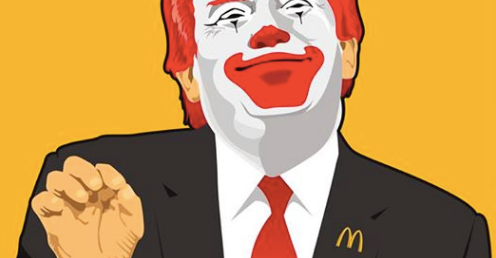 As those who do quite well and own lots and lots of stock in McDonald's (and probably many other large, profitable corporations) gather in at the fast food giant's Oak Brook, IL headquarters, Fight for $15 activists in Tampa are planning to protest.

The aim is to show solidarity with protesters who will rally up in Oak Brook.

The Tampa activists will be outside a McDonald's franchise located at 1908 E. Hillsborough Avenue starting bright and early; 8 a.m.

As has been the case in past events, they are calling on the company to raise its minimum wage to $15 an hour and to allow employees to unionize as a means of ensuring fair treatment of workers.

And as is often the case these days, in addition to Fight for $15 and its message, other groups representing other causes are planning to show up in solidarity, including the Women’s March, Our Revolution, the Movement for Black Lives and the Sierra Club. The idea is to show that there's a coalition that's fighting the Trump agenda, from the administration's economic, environmental and criminal justice policies — and the parallels between the administration and corporate giants who benefit from such policies.