Adam Putnam, latest to enter the Florida governor's race, voted to authorize the Iraq war when he was about 12 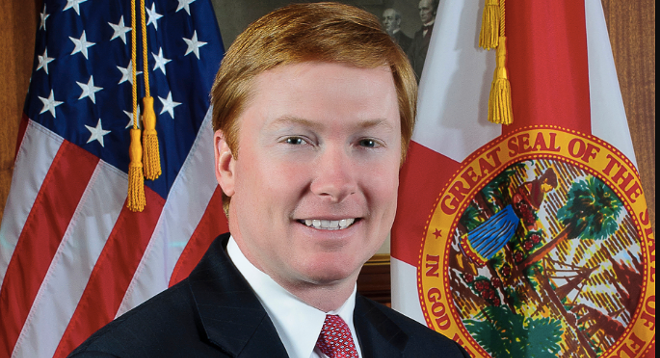 What were you doing when you were 22?

I was roaming around New Zealand, about to finish my B.A. wondering what the fuck I was going to do with the rest of my life. Okay, and my friend and I jumped out of a plane over a volcano. That was cool.

But current Florida Secretary of Agriculture Adam Putnam, whose long-speculated gubernatorial bid became official Monday? The well connected Republican was getting elected to the Florida House of Representatives. The Bartow native was then elected to Congress in 2000. When he took office in 2001, he was the youngest member of Congress at the time.

And not that it should be too surprising, but in 2002, he was among members of Congress to support the absolutely nonsensical invasion of Iraq. Yeah, so did Hillary Clinton, but that is beside the point. Even Republicans (especially one Donald J. Trump) are trying to run away from their at-the-time support of what basically amounted to thousands of cases of PTSD and, like, ISIS.

Putnam is a moderate Republican and one of the last vestiges of old-timey political insider-ism. He was born rich and he will stay rich, but apparently he'd like to l have a handful of statewide election wins under his belt beyond the two he's netted so far.

He will likely have loads of GOP establishment support to help him fend off non-monied far-right primary challengers as well as whatever Democrat gets nominated — assuming the latter party has its shit together and responds to the general public's appetite for not having candidates shoved down their throats.

But there's always a chance that some billionaire will emerge from the depths with a populist message. Because...well, you know.

On the Democrat side, Tallahassee Mayor Andrew Gillum and Orlando businessman Christopher King are the only announced candidates, but former Congresswoman Gwen Graham is expected to jump in Tuesday, according to the News Service of Florida.

Another potential contender for the Dems is personal injury attorney John Morgan, an early favorite among progressives.