After Dingfelder lawsuit, Tampa City Council asks for more legal protections for officials who are sued

"If any one of us accidentally deleted one text message, we're in violation of the rules." 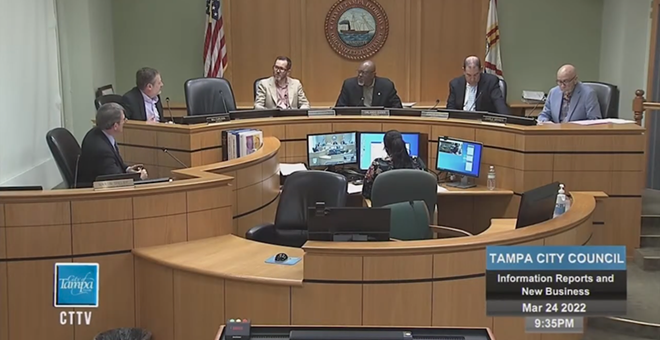 City of Tampa/YouTube
Tampa City Councilmen discuss more protections for council should they be sued.
On March 24, Tampa councilmen motioned to have a city attorney investigate bringing more legal protection to council if they are sued under a public records law.

The motion comes in the wake of former councilman John Dingfelder's resignation, with some in the community saying he was targeted by a developer's public records lawsuit, which forced him to leave council as part of the settlement terms.

"I think we have a city council attorney and that's his job is to look into these issues," Councilchair Orlando Gudes said. "I think [he can] look and see what other cities are doing." 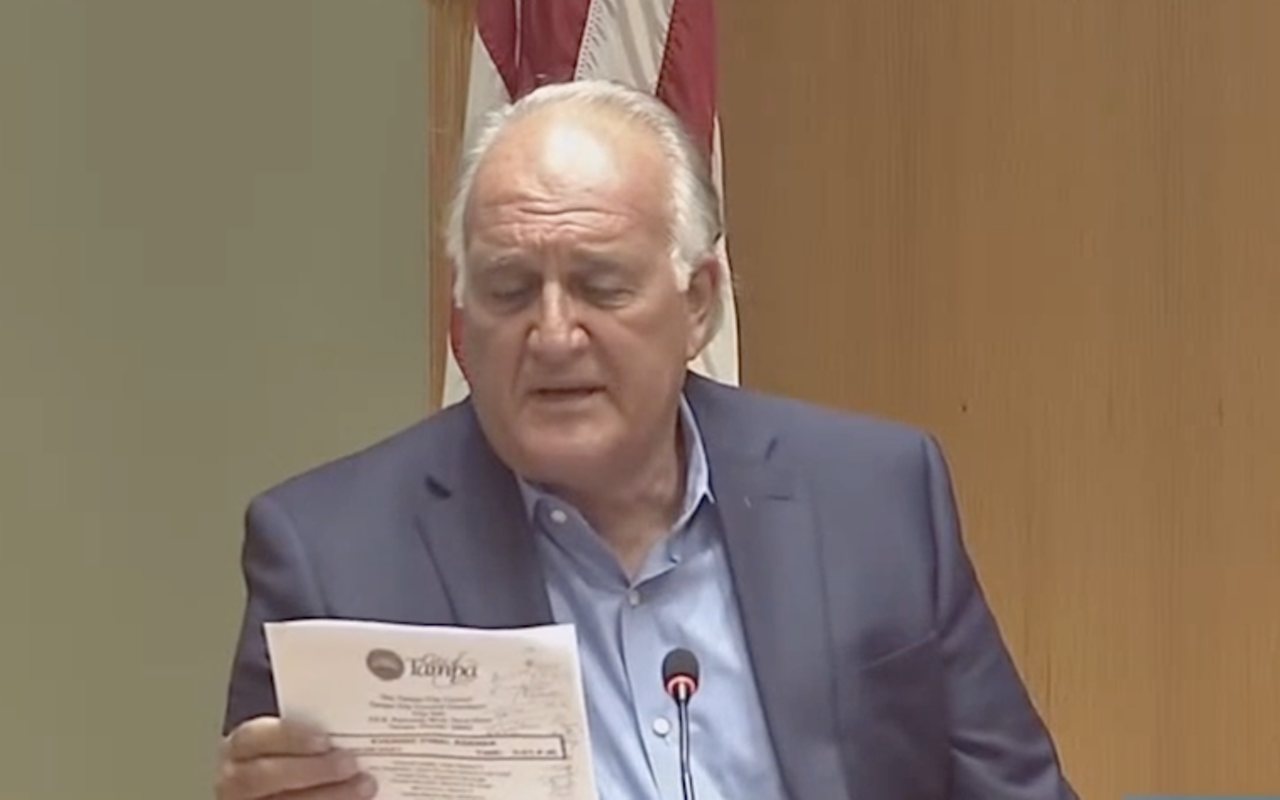 Council tasked their attorney Martin Shelby to do the research, specifically in regards to Chapter 119 of Florida public records law, which Dingfelder was sued under,  and report back to council on April 7.

"I'll reach out to the local government section of the Florida bar and just pose the question to see what other municipalities and other local governments are doing with regard to that," Shelby told council.

Councilman Bill Carlson put the motion forward. He said that under the law, public officials are susceptible to lawsuits, and wondered where protections for city officials currently end and begin.

"I met with the city attorney the other day and asked the question, which wasn't answered, what's the fine line?" Carlson said. "If any one of us accidentally deleted one text message, we're in violation of the rules. And so then as the city attorney not going to protect us? I think it makes sense because it also would protect the mayor."

Councilman Charlie Miranda argued against the motion with a confusing analogy.

"If I have an attorney, or I have a doctor, and I go to the doctors office and he tells me, 'Here's what you have to do, take this pills' and I say 'no, no, no.' What are you gonna tell me to do? Get another doctor," Miranda said.

In a recent Creative Loafing Tampa Bay story, local attorney James Michael Shaw Jr. pointed out that in Sarasota, city officials who are sued have more protections than in Tampa.

Today, he elaborated on the sunshine law and its merits, but also the potential drawbacks when used improperly.


"Every year, the Attorney General publishes a manual to help public officials comply with the Public Records Act. This year’s edition is 377 pages long," Shaw wrote in a text. "Make just one mistake, and you could become liable for hundreds of thousands in legal fees, and batting a thousand on compliance is virtually impossible. If you get enough public-records requests, you’ll eventually miss a dance step, and now the requester has leverage to bargain for your resignation. It’s a good law that keeps the public informed about government, but it was never meant to be used to carry out financial assassinations. And it could be used by anyone against any public official."

The councilmen also commented on the issue of misrepresentations in the media. They said that while Tampa Mayor Jane Castor's office has a media team that supports her, they are largely left to defend themselves when they face such issues.

"The house next door has tons of people that do communications and defend the Mayor on any issues, which, that's what they do, because those are her people," Gudes said. "But this counsel has no one to defend them, or to be able to ask questions to, or anything, at any time."