After public backlash, Winter Haven police no longer seeking arrest for man with kids who allegedly stole diapers from a Walmart

Winter Haven police publicly shamed the suspect in the same manner they do for wanted felons. 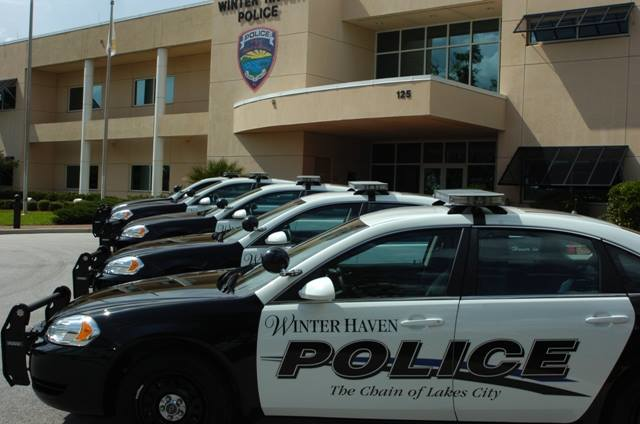 Photo via Winter Haven Police/Facebook
In the state of Florida, two boxes of stolen diapers (valued at around $50.00) would typically constitute petit theft in the second degree, which is a misdemeanor. However, Winter Haven police publicly sought info in the suspect in the same manner they with wanted felons.

A few days after the Winter Haven police faced heavy public backlash for posting photos of a man with kids who allegedly stole diapers from a Walmart, the department says it is no longer seeking an arrest.

On Sept. 18, WHPD posted multiple photos of the man walking out of the Walmart store at 7450 Cypress Gardens Blvd., with what appears to be two boxes of diapers.

In the state of Florida, two boxes of stolen diapers (valued at around $50) would typically constitute petit (petty) theft in the second degree, which is a misdemeanor. However, WHPD publicly sought info on the suspect in the same manner they do with wanted felons.

“So when your card is declined and you try another one with the same result, that is NOT license to just walk out with the items anyway,” wrote WHPD in the post. “The guy pictured below (poor little kids had no idea) went to Walmart  (7450 Cypress Gardens Blvd) on Sept. 15 around 4:30 p.m. and selected items ultimately heading to the self checkout lanes. He scans the items, attempts to pay and the card is declined several times. He walks out of the store leaving the items behind. (He evidently left the children with someone outside because they are not with him the second time.) He comes back in with a different card. That card was also declined several times. BUT... he decides to take the items anyway.”

Of course, the post soon went viral, and amassed a robust amount of angry comments.

“WHPD what happened to protect & serve?” wrote one commenter. “While I don’t condone stealing why don’t y’all step up and see how you can help this dad instead of berating him. I’ll help pay for the diapers and wipes.”

“You’re acting like he stole a TV. He took DIAPERS. This is disgusting. Do you have nothing better to do?” said another commenter.

Well today, the department backtracked, and announced that they’ve identified the suspect and the charges are now dropped.

“We know everyone is enthralled with the case of the Walmart shopper who walked out without paying after three attempts with three different cards,” said a Thursday afternoon post from WHPD. “We did receive a tip of his identity this morning and we made contact with him.  We also have been speaking with Walmart and they have signed a waiver of prosecution, meaning no charges will be filed.  We delivered this news to the citizen. We also told him of numerous resources available to include the Police Department. We offered assistance and he declined assistance.”

Colin Wolf has been working with weekly newspapers since 2007 and has been the Digital Editor for Creative Loafing Tampa since 2019. He is also the Director of Digital Content Strategy for CL's parent company, Euclid Media Group.
Scroll to read more Florida News articles