The salary boosts and bonuses will come from $67.8 million in savings derived by closing New River Correctional Facility in Bradford County. 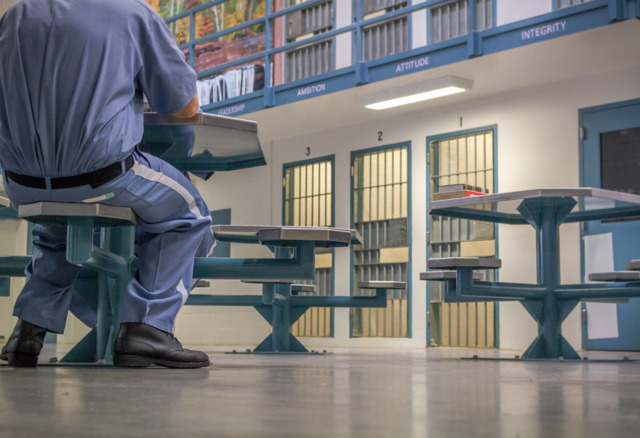 PHOTO VIA FLORIDA DEPARTMENT OF CORRECTIONS

Correctional officers will receive base-pay increases of at least $5,000 and newly hired officers will get one-time bonuses of $3,000 from money saved by shuttering a nearly century-old prison and more than 70 prison dorms throughout the state, under a proposal approved Thursday by lawmakers.

The salary boosts and bonuses will come from $67.8 million in savings derived by closing New River Correctional Facility in Bradford County, closing 73 dorms at facilities scattered throughout Florida and placing “in reserve” 1,290 permanent positions at the Department of Corrections.

The plan, unanimously approved Thursday by the Joint Legislative Budget Commission, will give workers at the lowest end of the wage scale the biggest increases. It is aimed at mitigating chronic staffing shortages that Department of Corrections Secretary Mark Inch repeatedly has blamed for a prison system “in crisis.”

Veteran correctional officers who earn more than base pay will receive annual salary increases of $1,500.

The plan also will give the corrections department the authority to hand out one-time bonuses of $3,000 for new hires, $1,500 for correctional officers and $3,000 for probation officers.

The Joint Legislative Budget Commission, made up of House and Senate members, has authority to make mid-year budget decisions. The shift in prison funds Thursday came as lawmakers prepare for the 2022 legislative session, which will begin in January and wrap up in March.

“For the safe, proper operation of a prison, everybody will agree it has to be properly staffed. So, we have to fix this problem today,” Jim Baiardi, who leads the corrections chapter of the state Police Benevolent Association, told The News Service of Florida after Thursday’s meeting.

Baiardi had urged lawmakers not to wait until the legislative session to hike correctional officers' salaries.

“Until we fix the staffing problem, the Department of Corrections and the prison system in Florida is on a bad path. We have a limited amount of time to correct it before something terrible happens at these facilities,” he said.

With low pay, the state has struggled to attract and keep workers in a prison system, which houses roughly 80,000 inmates. The coronavirus pandemic and ensuing workforce shortages have compounded the staffing woes.

The state agency also has been plagued by budget deficits, crumbling facilities, and an aging --- and, hence, more costly --- inmate population.

But despite the efforts, the staffing problems persist.

Statewide, corrections facilities have an average job-vacancy rate of 28 percent, with some prisons experiencing rates up to 50 percent, Department of Corrections Deputy Secretary Ricky Dixon told lawmakers in September. “Adequately and safely staffing” prisons requires a vacancy rate of around 3 percent, he said.

The corrections agency spent at least $88 million on overtime during the 2019-2020 fiscal year. Overtime costs are expected to continue to climb amid the worker crisis.

Senate President Wilton Simpson, R-Trilby, has pushed to consolidate prisons as a way to free up money that could be steered towards workers’ wallets.

With many of the state’s correctional institutions built more than a half-century ago, discussions about closing and consolidating prisons have brewed for years. The latest debate occurred this spring, when the Senate included a plan to shutter and demolish four prisons in its state budget proposal. The final budget for the 2021-2022 fiscal year, however, allowed the corrections department to shut down one prison and provide a plan for the closure to legislative leaders by the end of the year.

But corrections department leaders in the past have balked at facility shutdowns --- until the staffing situation reached a tipping point this summer.

The worker crunch has also led to the mothballing of hundreds of dorms and dozens of work camps as well as the suspension of work squads.

Senate Appropriations Chairwoman Kelli Stargel, who serves as co-chair of the Joint Legislative Budget Commission, said the permanent closures of New River and the prison dorms were necessary to pump up workers’ paychecks.

“They needed salary increases and other things. So, it’s what you would do in any situation where you have less need, and you have some things that require maintenance, you close those facilities and redistribute those funds in a beneficial way,” Stargel, R-Lakeland, told reporters after Thursday’s meeting.

The salary increases approved Thursday don’t go quite as far as what Inch has sought.

The corrections secretary had asked for money during the 2022 legislative session to increase prison officers’ starting salaries to $41,600 a year, or $20 per hour.

Stargel did not say Thursday whether lawmakers will seek further prison closures when they craft next year’s state spending plan.

But Simpson is adamant that the department should shutter a handful of prisons and use the savings --- about $40 million annually per institution --- to boost wages and build larger, air-conditioned prisons that are storm resistant.

“We are not just going to write a bigger check because they think they need it. That is not going to happen. They’re going to have to do the right thing. We are not going to waste the taxpayers’ dollars,” Simpson told the News Service in September.