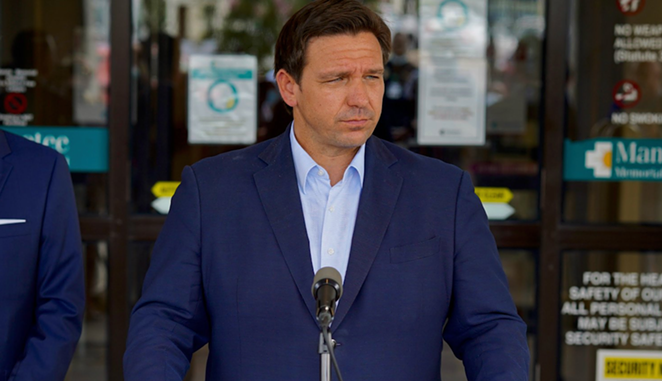 Crist, a Democratic Congressman and former Republican Governor running for his old job, leads 57% to DeSantis’ 43% in a head-to-head matchup. The pollsters report a 3.1% margin of error.

DeSantis would hold up better against Agriculture Commissioner Nikki Fried, the other major Democrat running for Governor, but is still losing according to this poll. She leads with 54% to DeSantis’ 46%, still just outside the margin of error.

That certainly earned notice from Fried’s campaign, but surrogates there said the poor overall assessment of DeSantis’ performance was the most critical data point in the poll.

“The most important number in this poll isn’t that Nikki Fried is leading DeSantis — it’s that DeSantis is underwater, with 53.8% of Floridians disapproving of his handling of COVID-19,” said Kevin Cate, a senior advisor to Fried. “It’s our hope that this prompts him to follow the lead of Commissioner Fried and basically every doctor in the state in publicly, repeatedly calling for Floridians to get vaccinated and to end his defunding of schools.”

The results seem all the more startling considering the same pollster in June showed DeSantis with a double-digit lead over either Democratic challenger.

A close look at the numbers shows DeSantis still holds the support of 66% of Republicans, but Democrats are increasingly energized against him, with 66% of them giving him poor marks.

Just over half of independents give DeSantis a favorable rating, and a majority of no-party voters favor him over Crist and Fried.

But nearly 90% of Democrats say they would pick Crist over DeSantis, and 83% say the same in a Fried/DeSantis head-to-head. The Governor’s support among Republicans, when faced with either opponent, sits around 75%.

Of note, the same poll shows Rubio winning his race against likely Democratic nominee Val Demings, the most prominent Democrat challenging him.

In a head-to-head with the Orlando Congresswoman, Rubio leads 55% to Demings’ 45%. Of note, the poll shows the Senator leading among Republicans, independents and Democrats.