Tampa Democratic state Senator Arthenia Joyner has teamed up with Melbourne Republican Senator Thad Altman in filing a lawsuit against Governor Rick Scott over his rejection of $2.4 billion in federal stimulus money for a high-speed rail project.

The senators want the Florida Supreme Court to compel Scott to accept the money, saying to reject it would be to exceed his authority because the legislature had already appropriated part of those funds.  They also want the court to issue a temporary injunction while they’re considering the case (which they could opt not to do).

It's absolutely a last ditch effort to try to save the Tampa to Orlando high speed rail route that so many people in the I-4 corridor want.  The Orlando Sentinel is reporting that Tampa Mayor Pam Iorio (along with Lakeland's Gow Fields and Orlando's Buddy Dyer) made an appeal to Scott in person last night, where they were promptly told by Scott essentially that it was nice of them to join him, but he wasn't about to change his mind.

The lawsuit was then filed on Tuesday.

Actually Scott said today of the entreaty that, “They have not convinced me,” while at the University of Central Florida.  When asked about the potential suit he said, " “Whatever happens, my job is to protect the taxpayers of the state. That’s what I’m going to do.”

Meanwhile, one Tampa Republican who hailed Rick Scott initially for rejecting the high speed rail funds has made an about face, and now says Scott was wrong to do so.

By Ryan Dailey, Jim Turner and News Service of Florida 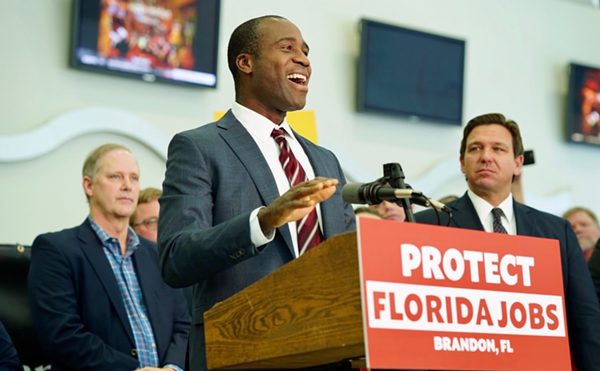