Ask The Locals: The Insiders' Guide to Tampa Bay

You’ll be surprised what hidden treasures they’re willing to reveal. 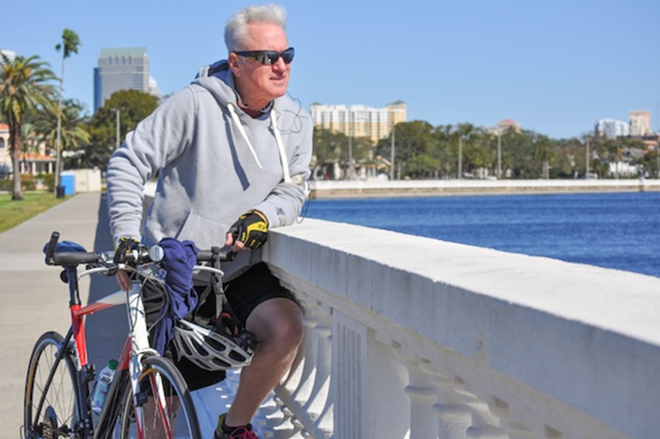 When I got the assignment to mine the brains of 25 local notables for insight on places to go and things to do in Tampa Bay, I figured I’d get the usual responses: the Dalì Museum, Bern’s Steak House, Busch Gardens, anything Ybor, anything beachy, the Don CeSar, and for crunchy/adventurous types, shopping for produce at St. Pete’s Saturday Morning Market and biking the Pinellas Trail. I did get those responses — but many, many more. In fact, my interviewees introduced me to so many unfamiliar restaurants, bars, parks and attractions that I felt a little like a stranger in my own city. In the two months I spent creating this guide, I covered more ground in Tampa Bay than in the six years I’ve spent as a resident.

I went out for drinks with La Gaceta’s Patrick Manteiga at The Dirty Shame in Ybor City, where I learned that the city’s most famous local — a dearly departed rooster named James — is honored each year with a funeral parade. I stood helpless on the edge of a boat dock in Tampa as Cigar City Brewing founder Joey Redner hefted a canoe into his favorite watering hole, the Hillsborough River.

I met St. Pete power couple Terry and Kanika Tomalin on a chilly Tuesday morning at Stella’s Deli in Gulfport, where we mowed down eggs and discussed our shared love of Harvey’s 4th Street Grill.

I hung out with Tampa power couple Brendan and Sandy McLaughlin on an equally chilly night at Lee’s Grocery in Seminole Heights, where we polished off a pizza and discussed the joys of living in urban, non-cookie-cutter neighborhoods.

I ate the most amazing tofu/avocado/cucumber/jicama sandwich with writer Arielle Stevenson at Bodega in downtown St. Pete and drank the most decadent daiquiri with TradeWinds Resort president Keith Overton at Salty’s Tiki Bar on St. Pete Beach.

I went on a dog walk with Gulfport residents Nadine Smith and Andrea Hildebran and rummaged through kitschy airport souvenirs with TIA marketing director Kari Goetz.

I stood on Bayshore Boulevard with an unrecognizable Joe Maddon watching a lone crab poke around for food under the water. When I told the Rays manager, who biked to our photo shoot, that he looked anonymous in his sweatshirt, sunglasses and helmet, he replied, “That’s why I like riding my bike. No one knows who I am.”

I sat on the beach with superhuman Dunedin restaurateur Tina Avila as the sun set on Honeymoon Island, and ate toast and homemade jam at the Old Southeast home of Palladium director Paul Wilborn and actress Eugenie Bondurant.

It wasn’t until I learned that I had walked into the middle of Bondurant’s wig fitting for an upcoming film role that I appreciated the privilege of this assignment. Stepping in and out of these people’s worlds didn’t make me a stranger. It made me a confidante. A lot of locals in tourist towns closely guard their favorite haunts. These locals rolled out the welcome mat and practically drew me (and you) a treasure map.