Beating around the bush with 'natural' adult model, Sativa Verte

What's the creepiest request you've received from a photographer?


I think it's creepy when a guy contacts you on a site like ModelMayhem.com about doing a normal bikini or an artful nude shoot, you go back and forth a few times to work out the details, then, just before you agree to the shoot, he throws in, 'And you'll also be doing a blow job.' That's supper creepy. The old bait-n-switch.


Has such a request happened after you already showed up to a shoot?


Oh no. Thank God. I usually get a sense of photographers long before I meet them. I talk to them on the phone and if they sound weird or if I get a bad vibe, I won't work with them. I've never shown up for a shoot and had a guy unexpectedly ask for a blow job.

What's a good way for an aspiring model to distinguish a professional from a GWC?


If he's breathing too heavy over the phone. Heavy, deep breaths and long pauses between statements. That is a telltale sign.


You've actually had dudes jacking off while they're discussing a shoot with you over the phone?


If they weren't, I don't know why they were breathing so heavy and taking so long to respond.


Your first name is Sativa. You embrace your body hair. I assume you come from hippie roots.


Definitely. I was one of those girls twirling naked at festivals when I was younger.


When you were younger? You can't just scrub the hippie out of your system.


Well it's still there in my heart, but not so much in my time or finances.


It's expensive to be a hippie?


Yeah. Gasoline is so expensive nowadays and I'm not so sure I want to hitchhike. As I get older, I get more and more worried about being kidnapped. When I was younger, I felt invincible. I'm not road tripping anymore. I'm not really going to concerts or festivals where it takes a couple days of my time because I am working so much more.


What black light posters did you have in your room growing up?


I had the caterpillar from Alice in Wonderland. All my girlfriends had it. We'd take some new substance and stare at that poster to see if it did anything new.


Oh man, it was in the projects. Somewhere in Columbiana, Ohio. That was the scariest thing I've ever done just to get some bud.


You were a suburban hippie who drove to the bad neighborhood to get drugs?


What is your preferred munchy snack?


What direction do you want to go with your career?


I'm interested in collaborating with my fiance, who owns ATK. We both understand the business and the sexual side of things. We also have all this time to brainstorm and be creative together. We come up with ideas for skits and figure out who should perform together. We see people getting along really well on Twitter and we get the idea to pair them up in a scene.


What you're saying is that you stalk people on Twitter?


Well I'm always on there tweeting so I'm not stalking. I just read tweets quickly. They're only 140 characters. It's not hard to Twitter stalk.


Is that because those are the subjects your fans like to hear you talk about?


I don't give a fuck about that. That's just what I like to do and a lot of my fans like the same stuff as me, which is sweet. The people who don't can just go away.


As a secondary sexual characteristic, pubic hair is innately associated with fertility. What other psychological factors do you think drive the hair fetish?


Did you participate in Movember by not shaving your bush for the entire month?


When I was researching you online, every interview you've done revolves around your body hair. Do you ever get tired of being known for your hair? What else do you want to be known for?


I don't really mind what I'm known for. The next thing I'm hoping to get known for is production. I do videos, photos and editing for a couple of ATK's sites: hairy, exotics, and Aunt Judy's. I shoot as Groovey Pictures. I'm trying to move behind the camera more. For Revenge of the Petites I did some of the behind the scenes camera work. I want to keep going in that direction ... But if I get known for anything, that is really cool. Any press is better than no press.


So now you want to be known for being the creepy GWC: the girl with a camera?

Follow Sativa on Twitter at @SativaVerteXXX, watch her in x-rated action in the feature film Revenge of the Petites, and check out her work at NaturalSativa.com.


See more explicit coverage of the convention and awards show at AVNAwards.com and AdultEntertainmentExpo.com. 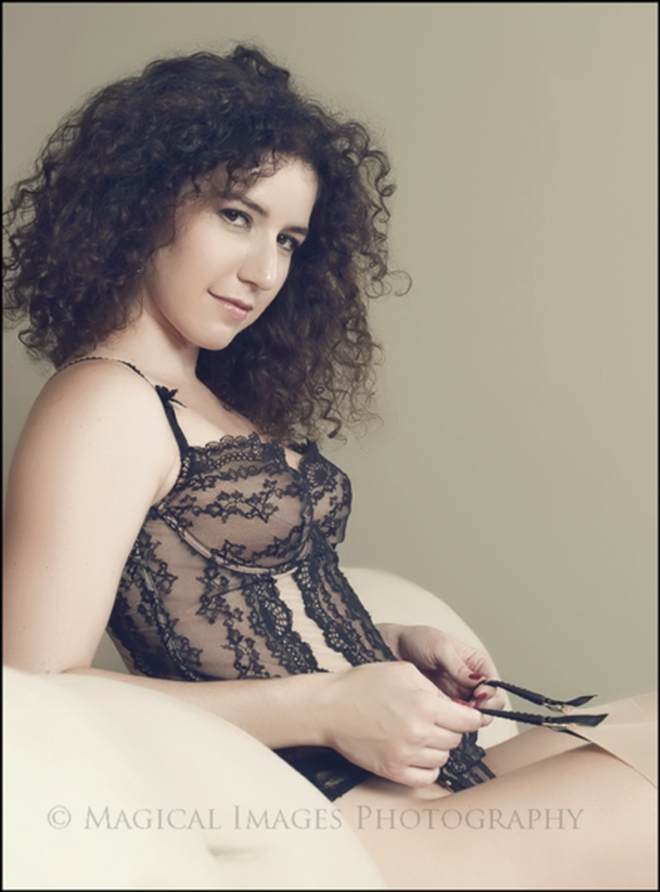 Verte is even more down-to-Earth than her hippie persona would imply. She instantly makes me feel as comfortable with myself — and my tiny camera — as she is when being circled by the scruffy photographers who prowl the AEE expo with their excessive equipment. Verte and other models have a pejorative for men who think their huge cameras give them permission to ask whatever they want of a model: GWCs or "guy with a camera." While Verte suggests this label doesn't apply to me, I suspect she may change her mind once I ask her about her infamous bush and armpit hair.