It´s a rare performer who can truly transform for every role, who can find the personality that a part requires and leave her own personality behind. But if you saw St. Petersburg resident Julie Rowe in A Moon For The Misbegotten and Sliding Into Butter (both at American Stage), you know that´s precisely what she did. She gave us performances so different, you could hardly believe she was behind both. In Moon, Rowe was Josie Hogan, the crude, uncultured daughter of a tenant farmer, in love with drunkard actor James Tyrone, and half-desperate to believe that she wasn´t such ¨an ugly overgrown lump of a woman¨ that a man of his quality couldn´t love her in return. Rowe´s Josie lacked every sort of physical grace, and could credibly knock down a couple of men without breaking a sweat; still, her yearning for romance was as genuine as anything ever shown by a dainty Juliet. What a contrast this was with Sarah Daniels, the self-critical college dean Rowe played in Spinning Into Butter. Whereas Hogan was earthy and tough and a dreamer, Daniels was urban and nervous and self-questioning, dedicated to her students and disappointed in the many human failings of her colleagues. When racism appeared on the ¨Belmont College¨ campus, Daniels — unlike her colleagues — turned inward, searching for her own prejudices and finding that her psyche wasn´t free of the poison. Sensitive and a little sad, Rowe´s Daniels endangered her career with her honesty but still didn´t abandon her painful self-searching. Were these two so different women — the crude country girl and the touchy urbanite — really played by a single actress? Yes they were, by Julie Rowe. And grateful theatergoers can only wonder what transformation this formidable thespian will offer us next. 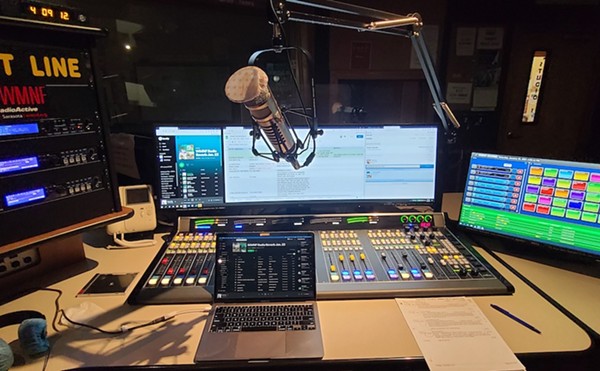