The big bad wolf: A hard “NO” on Amendment 1 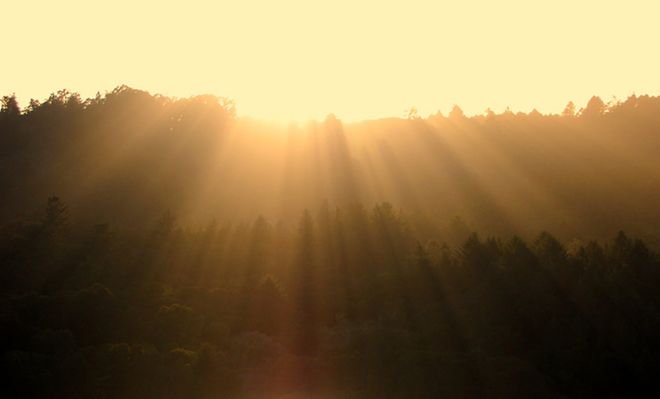 Wikimedia Commons
LET THE SUN SHINE: If you’re a fan of solar energy, vote no on Amendment 1.

You’d have to be doing something nefariously anti-Florida if Jimmy Buffett sees fit to weigh in on your activities.

Yet here we are.

Floridians seem poised to pass a solar energy amendment — which requires approval from at least 60 percent of the state’s voters — that would limit solar power usage in the state rather than expand it.

“This solar amendment, you’ve heard about it and I’ve heard about it and it’s obvious what’s going on here,” he said in a video he posted to YouTube. “We’ve been enjoying the sun for most of our lives living in Florida. Now it’s time to use it right and use if for everybody’s benefit. That is why I am voting no on 1.”

So the amendment, backed by the misleadingly named political action committee Consumers for Smart Solar, seems innocent enough — until you do a little digging. That’s when you discover that major utilities — who stand to benefit from maintaining control over how we power our homes and businesses — are backing the amendment with tens of millions of their money. And all it does is reinforce the status quo.

The best-known environmentalists in the state are calling it a wolf in sheep’s clothing, as are some tea party activists who say it reinforces barriers to entry that already exist for the solar industry.

It’s a classic “this-is-why-we-can’t-have-nice-things” Florida story, and key supporters even admit it.

Earlier this month, Sal Nuzzo, a VP at the James Madison Institute, an extreme pro-free-market think tank, told an audience that Amendment 1 was a deliberate effort to get FL residents to vote against expansion of solar power while thinking they’re voting for it.

A couple of weeks later, Miami Herald Tallahassee Bureau Chief Mary Ellen Klas reported on an audio recording the paper obtained in which Nuzzo baldly admitted Amendment 1 is a trick.

He called the measure “an incredibly savvy maneuver” that “would completely negate anything they (pro-solar interests) would try to do either legislatively or constitutionally down the road,”

He added that the effort to get it on the ballot was “political jiu-jitsu.”

The day after the story broke, the think tank told the Herald that Nuzzo “misspoke.”*

Pro-solar (and pro-voter) groups hope the public will catch on and shut down the industry-sponsored amendment now that supporters have been caught on tape admitting they’re aiming to fool voters.

“We now have clear evidence that utilities are using an issue with strong voter support — solar — to mislead Florida voters in order to continue protecting their profits,” said Pamela Goodman of the League of Women Voters Florida, in a teleconference Wednesday. “Amendment 1 is a con job and a scam that is very dangerous for the voters and consumers of Florida.”

Stephen Smith of the Southern Alliance for Clean Energy said the tape shows how arrogant and disrespectful of the electorate the industry is.

“They know what Florida citizens and voters want more clean solar power, yet the power companies use what they arrogantly call ‘political jiu-jitsu’ to put the shady Amendment 1 on the ballot,” he said.“This is not a political left or right issue, this is a fundamental issue of what is right and wrong.”

Outrage over the admission was so strong that Congresswoman Kathy Castor even weighed in, calling it “a dirty trick” that will ensure Florida continues to lag in its adoption of solar power.

“Florida lags far behind other states in unleashing the potential of solar power, renewable energy and energy efficiency that would save consumers money and reduce carbon pollution. Electric utility monopolies are working to kill cost-saving solar power installed by businesses and residents,” she said in a written statement. “Electric monopolies want to control solar and renewable energy generation and use, and have consistently put their corporate profits ahead of the best interests of Florida consumers.”

In response to what we wrote about the revelation at cltampa.com, a spokesperson for the pro-Amendment 1 campaign was quick to deny that the James Madison Institute — the think tank in question — had anything to do with the campaign.

The spokeswoman, Sarah Bascom, said the institute had nothing to do with the drafting of the amendment and denied that the amendment limits solar in any way.

“[James Madison Institute] does not speak for our effort, and whatever this individual is claiming or taking credit for or claiming with in regard to Amendment 1 is simply not true,” she said in an emailed statement.

But on Friday, the Miami Herald reported that Consumers for Smart Solar had deleted multiple posts — seven from Twitter and eight from Facebook — that had touted JMI “research” in support of its cause.

Last December, JMI released a study suggesting that a competing amendment that was pro solar but never made it onto the ballot, Floridians for Solar Choice, would have cost Florida consumers over $1 billion. (Backers of the pro-utility amendment in the past have admitted Consumers for Smart Solar was launched as a response to Floridians for Solar Choice in the hope of negating it — which it did.)

The institute also backs Amendment 1 in its voters’ guide, but Smart Solar apparently deleted that post (a spokeswoman for the campaign told the Herald that consultants who run the campaign’s social media deleted the posts without permission).

Solar energy advocates believe the campaign was trying to hide its ties to the institute in the wake of the unearthing of Nuzzo’s comments.

David Pomerantz, executive director of the pro-solar Energy and Policy Institute, said that “the utility-funded group behind Amendment 1 seems to be allergic to telling the truth. The utilities can try to delete this scandal right out of existence, but there’s no amount of ‘jiu-jitsu’ that can hide the fact that Amendment 1 is an attack on solar power, pure and simple.”

The Herald notes that Nuzzo has also removed posts pertaining to the amendment from his personal Facebook page.