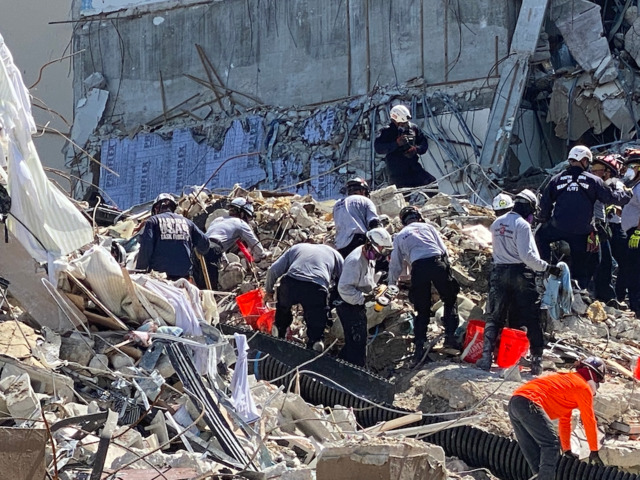 Calling such condominiums “a dime a dozen” and describing the collapse of the 40-year-old oceanfront building as a “unique tragedy,” DeSantis said Wednesday it remains unknown if the disaster will require extensive changes on issues such as building inspections or construction.

“Obviously, we want to be able to identify, why did this happen?” DeSantis told reporters while at the state Emergency Operations Center discussing the impacts of Tropical Storm Elsa. “Is this something that was unique to this building? Is it something that was unique to the person that maybe developed it, because obviously there are sister properties? Is it something that buildings of that age, that would have implications beyond that, whether (in) southern Florida or the entire state of Florida? I think we need to get those definitive answers.”

One focus in the collapse of Champlain Towers South has been degradation of reinforced concrete support in the building’s underground parking garage and corrosion of steel.

“I can just say this, having talked with people who've been on the scene, people who've done stuff, I think this building had problems from the start. Let’s put it that way,” DeSantis said. “So I wouldn't jump to conclusions about it. But at the same time, if there is something identified that would have implications broader than Champlain Towers, then obviously we are going to take that and act as appropriate.”

Rescue workers from across the globe have descended on the community north of Miami Beach since the June 24 partial collapse of the building. The remaining section was demolished on Sunday.

Search-and-rescue workers fended off rain and wind from Hurricane Elsa to continue the search, with 60 people confirmed dead as of Thursday morning.