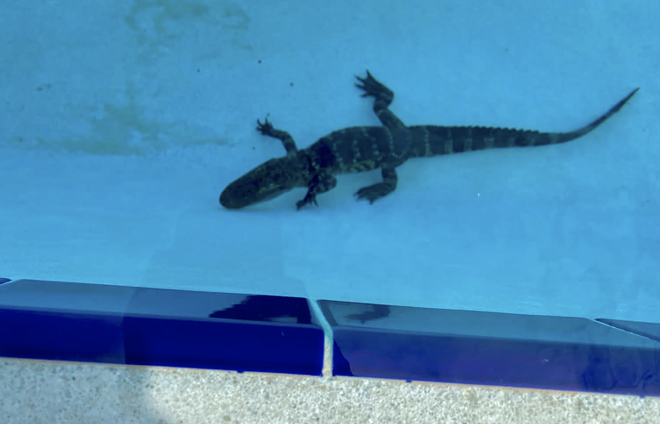 According to a social media post from the the Lake County Sheriff’s Office, last Friday two deputies responded to Montverde Academy, near Lake Apopka, because a 3-foot alligator was sitting on the bottom of the pool.

"Deputy Brownsberger was able to use a safety hook to bring him to the edge where Deputy Faust reached down and grabbed the gato," says the post. "His mouth was then secured with electric tape and temporarily detained so they could safely transport him to Lake Apopka, where the gator was released on its own recognizance."

Video shows massive Central Florida alligator named 'Grandpappy' eating smaller gator: 'I have never seen one that big before,' says one onlooker, while another yells 'put that gator down!'

The sheriff's office adds that no gators, or officers were harmed.

According to the Florida Fish and Wildlife Conservation Commission, gators are more active during mating season, which runs from April through June depending on temperatures.