There have been a few bright spots. 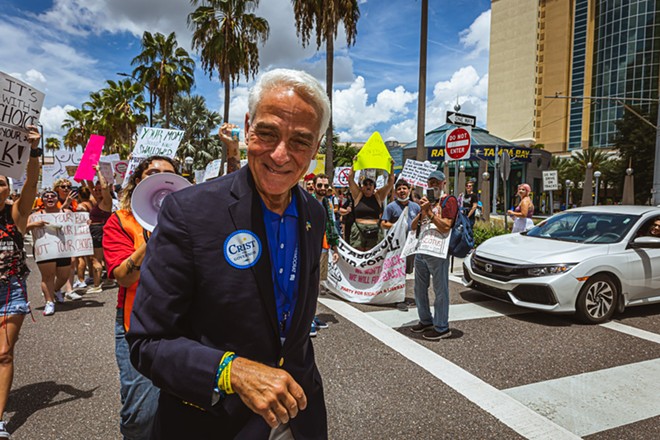 Photo by Dave Decker
Charlie Crist being shouted down by pro-choice abortion activists in Tampa, Florida on July 16, 2022.
Charlie Crist’s night ended early, and while his loss to Ron DeSantis in the gubernatorial race didn’t come as a surprise, some local Democrats might be scratching their heads for a long time.

In the race for the District 14 seat in Florida’s State Senate, incumbent and popular Tampa Democrat Janet Cruz lost a tight race to newcomer Jay Collins, according to Florida Politics.

In Pinellas, Trump acolyte Anna Paulina Luna is headed to Washington D.C. after winning her race for U.S. House District 13.

In Hillsborough’s Board of County Commissioners race, popular Democrat and incumbent Kimberly Overman lost by more than 20,000 votes to Republican Joshua Wostal.

It’s not all gloomy for Democrats, however, as U.S. Rep. Kathy Castor rolled in her District 14 race against AR-toting loudmouth James Judge.