Like his do-rag covered baldness, Hogan's apparent anti-vaccine stance isn't much of a secret. 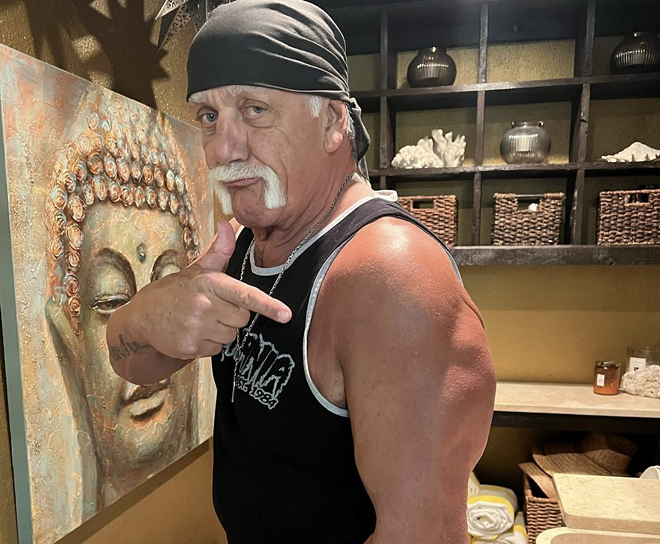 Yesterday, the former WWE wrestler and Clearwater Beach resident decided to chime in on a Facebook post from comedian Josh Pray, who was discussing the passing of actor Bob Saget.

In the comments, one person speculated that Saget’s death was caused by a vaccination shot. "Wellll many directions we can go with this, but I will take jab for $500 Alex," said the commenter. Hogan then replied, "100% Betty and Sidney were also jabed their dropping like flies but they’ll never say it."


Famous epidemiologist Dr. Hulk Hogan implies that Betty White and Sidney Poitier passed away because of the vaccine pic.twitter.com/9NhJfp2Ofn

For the record, there's zero evidence that Bob Saget, Betty White or Sidney Poitier died after receiving the COVID-19 vaccine.

Of course, Hogan's comment was later edited to just day "I," for some reason.  But screenshots of the interaction have since gone viral.

Like his do-rag-covered baldness, Hogan's apparent anti-vaccine stance isn't much of a secret. In April of 2020, as vaccines were about to rollout, the 68-year-old posted that "maybe we don't vaccines," and that we're all being punished by God.