DeSantis’ office announced the bill signings in a news release after 7:30 p.m. Wednesday. 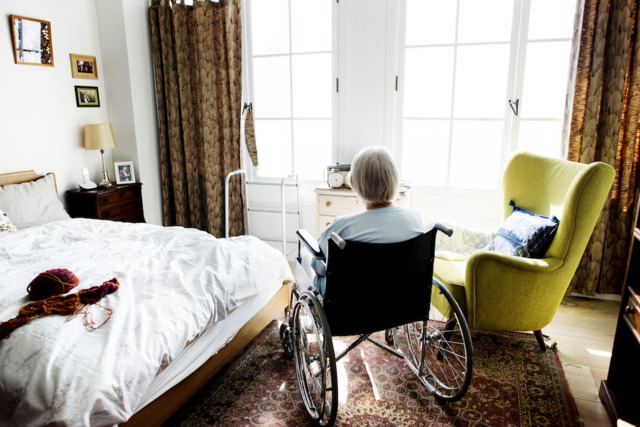 PHOTO VIA ADOBE
Gov. Ron DeSantis on Wednesday signed 42 bills, including a heavily debated measure that will change staffing standards in nursing homes.

The nursing-home industry lobbied for the measure (HB 1239), which drew opposition from the senior-advocacy group AARP Florida and other critics who contended it would reduce care for residents.

The most-controversial part of the bill involves certified nursing assistants, who provide much of the hands-on care in nursing homes.

“Facilities can use respiratory therapists, mental health therapists, social services, occupational therapists that will care for the residents based on their unique and individualized needs,” Kristen Knapp, a spokeswoman for the Florida Health Care Association, a nursing-home industry group, said Wednesday before DeSantis signed the measure.

But opponents, including representatives of AARP and the Service Employees International Union, which represents nursing-home workers, said they are concerned about certified nursing assistants spending less time with residents.

“It reduces the time that CNAs spend with nursing home residents by 20 percent, and we are absolutely opposed to a cut in nursing home care,” AARP spokeswoman Jamie Mongiovi said.

DeSantis’ office announced the bill signings in a news release after 7:30 p.m. Wednesday. Among the other measures signed:

A bill (SB 1950) that will help set the stage for the Agency for Health Care Administration to award billions of dollars in Medicaid managed-care contracts. The agency during the past decade has gone through lengthy processes twice to award contracts to managed-care plans and is expected to begin a third round this year.
A bill (SB 312) will expand the authority of physicians to prescribe controlled substances through telemedicine. Doctors will continue to be prohibited from using telemedicine to prescribe what are known as Schedule I and Schedule II substances, which include drugs that are considered highly addictive.
A bill (HB 921) that will place a $3,000 limit on contributions from out-of-state donors to political committees trying to collect enough petition signatures to move forward with ballot initiatives. The Legislature passed a similar law in 2021 that applied to contributions from in-state and out-of-state donors during the signature-gathering phase of initiatives. U.S. District Judge Allen Winsor blocked that restriction, saying it was an unconstitutional infringement on political speech.

The bills passed during the legislative session that ended March 14.