The Governor would make the final decision on what the penalty would be. 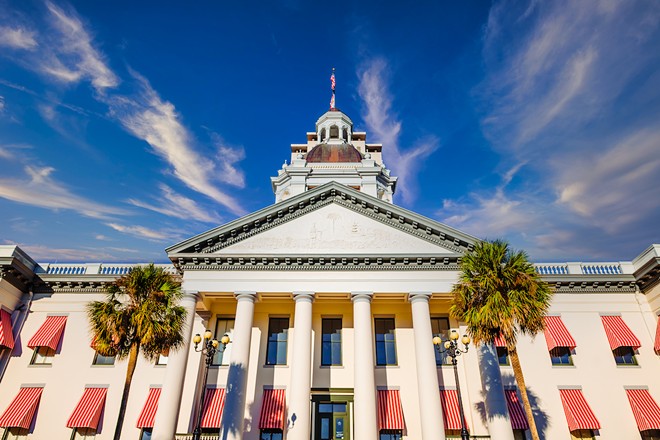 Photo via Adobe
State Capitol building in Tallahassee, Florida.
Lawmakers and judges who leave office and lobby the Legislature or executive branch within six years could face a fine of up to $10,000 and other penalties, after Gov. Ron DeSantis signed two measures late Wednesday implementing a constitutional amendment passed by voters in 2018.

One measure (HB 7001) applies to ex-lawmakers. The other (HB 7003) applies to ex-judges. Both measures passed unanimously during the Regular Session that ended in March.

The laws don’t take effect until Jan. 1, 2023, so they wouldn’t apply to any lawmaker or judge who leaves office before then, either due to term limits, resignation or losing an election. A two-year ban on lobbying still exists in current law, although punishments for violating that prohibition aren’t spelled out.

HB 7001 also applies to the leaders of state agencies under DeSantis or the Cabinet. It doesn’t cover local governments, however, so ex-lawmakers and agency heads can still lobby city and county governments. An ex-legislator representing a client in court or in a legal process is exempt under the bill, except for claims bills pending before the Legislature.

There are also exceptions if an ex-lawmaker is requested by a legislative committee chair in writing to provide information, including a legislative delegation meeting, or if they are giving expert testimony under oath.

Under the new laws, the Florida Commission on Ethics would review alleged violations. If someone is found to break the law, the panel would issue a report recommending either a public censure, a fine of $10,000, the payment of any compensation they received or some combination of those three punishments.

The Governor would then make the final decision on what the penalty would be.

Extending the lobby ban from two years to six was first pushed in 2017 by then-House Speaker Richard Corcoran, a Land O’Lakes Republican. The House passed the measure that year, but it wasn’t taken up by the Senate.

The Constitution Revision Commission, which meets every 20 years to recommend changes to the state constitution, then placed the proposed changes on the 2018 ballot. Voters approved it with 79% support.