DeSantis to Disney: Keep your mouth shut and the checks coming, or else 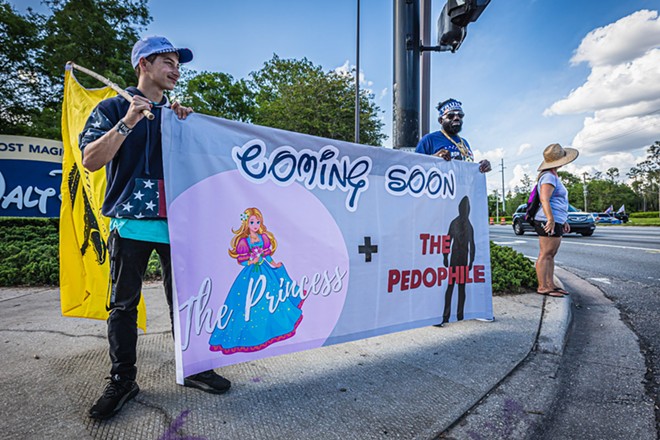 Photo by Dave Decker
Let’s get this out of the way: For a half-century, the state of Florida has prostrated before the tourism industry—Disney in particular, but the Mouse isn’t the only one—like a condemned man begging for a reprieve.

It’s not just the Reedy Creek Improvement District, a neat piece of corporate welfare given in 1967 in exchange for a promised “city of the future” Disney never built. It’s also the sucker’s deal mandating that tourism taxes—one of the state’s biggest revenue generators—can only promote tourism, and not, say, help the state’s underfunded schools, and the way the legislature fought minimum wage increases and any kind of pro-worker regulations for decades.

I could give examples all day, but you get the point. Disney said jump, and generations of politicians asked, “How high?”

So, in any other context, the Florida legislature abruptly changing course and eliminating Reedy Creek—Disney’s own little fiefdom, essentially—might be a positive development. But what’s happening can’t be extricated from its context. And its context is terrifyingly Orwellian.

Florida’s Republican lawmakers didn’t act because they don’t believe in bestowing public benefits to private entities. They did it to send a message, a not-so-veiled threat: Public benefits are for loyal subjects only.

Disney (belatedly) objected to Florida’s Don’t Say Gay law, on account of Disney being an entertainment company and employing a lot of gay people who are not thrilled about being made a political punching bag by the state’s dollar-store Trump of a governor. When Florida passed the law anyway, Disney said it was “pausing” campaign contributions to both political parties. (When you’re a multibillion-dollar conglomerate, make sure you piss everyone off.) 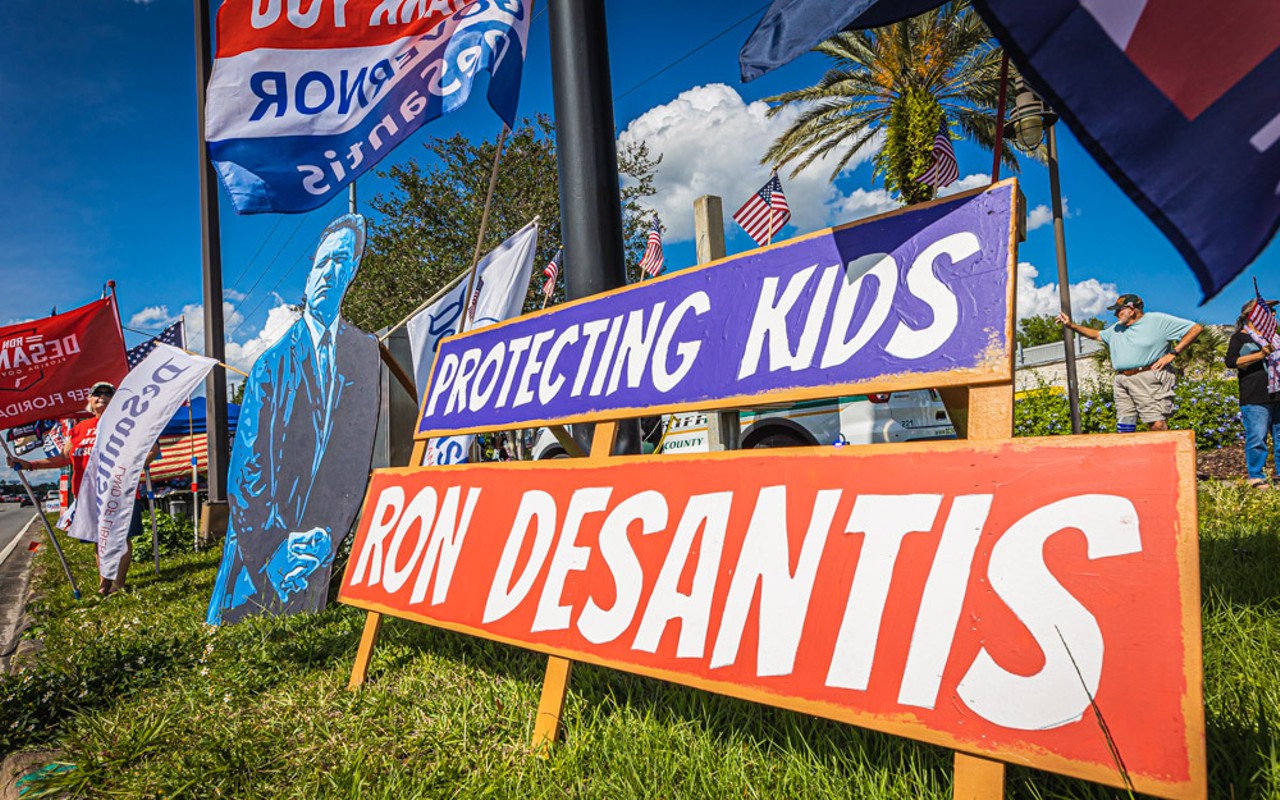 Move against Disney shows Florida Gov. DeSantis' grip on Republican Party: “To govern by revenge, to govern for punishment is not governing. It’s authoritarianism. It’s fascism."

The second Disney turned off the financial spigot, Gov. Ron DeSantis began fundraising off of “woke” California corporations, and his lieutenant governor went on Newsmax to accuse Disney of “sexualizing children,” because we live in a QAnon chatroom now.

And now Florida is using the force of law to punish Disney for publicly disagreeing with a public policy and (temporarily) declining to line Republican lawmakers’ pockets. Lest there be any doubt, in that Newsmax appearance, the lieutenant governor admitted DeSantis would stop attacking Disney if Disney stopped being “woke.”

There are a few arguments that this law is unconstitutional—the lieutenant governor’s interview will feature prominently in most of them, I suspect—and if they have legs, bet on Disney’s lawyers to outclass Florida’s. Also, the fact that this law will offload $1 billion of Disney’s debt and more than $160 million of its annual obligations on the Orlando area—meaning a likely 25% property tax hike for the surrounding Orange County—is the icing on the shit sandwich. (That Orlando votes for Democrats, meaning Democrats will bear the brunt of DeSantis’ tantrum, is no doubt a bonus.)

But as with everything in DeSantis’ perpetual War Against the Woke, what actually happens after the media turns its attention to the next manufactured crisis is irrelevant.

Appearing to take action—to be the brave soul standing up for the forgotten straight white Christian against the barbarian hordes, even if the actions themselves are ruinous—is the ticket to DeSantis’ political future.

And so a state that declared itself the embodiment of freedom not only refused to impose vaccine or mask mandates during a public health crisis. It denied private businesses the right to do the same on their own property, turning them into foot soldiers for COVID denialism.

And so Florida’s Department of Health has decided that being transgender is just a phase. Last week, it issued guidelines that said, based on what it called “generally lacking” evidence, trans people under 18 should not be allowed to medically or hormonally transition—a probable precursor to Texas’ policy of pursuing child abuse cases against the parents of transgender youth. But Florida goes a step further. Not only should transgender kids be denied gender reassignment surgery and hormone therapy. But “social gender transition should not be a treatment option.”

In other words, transgender and nonbinary teenagers should not be allowed to use the “wrong” pronouns, sayeth the bureaucrats. In other words, these guidelines seem to write trans kids out of existence.

Never mind that mainstream medical and psychiatric associations think this is crazy. Never mind that it will literally kill children. DeSantis needs his hits on Hannity, so c’est la vie.

Back to the matter at hand. Let’s discuss what Florida is broadcasting with its attack on one of its largest employers and, until recently, political contributors.

"This is a mob shakedown in statute."

Support the Party, and the Party will support you.

Oppose the Party, and the Party will punish you.

Bear in mind that Disney did nothing to harm the state. Its CEO expressed an opinion and announced that it was “pausing” political contributions—both actions protected by the First Amendment. It didn’t eliminate the Florida Resident Discount or threaten to move EPCOT to Colorado.

It embarrassed DeSantis. Or, more precisely, since embarrassment requires shame and DeSantis has none, it provided him with another outlet to channel grievance. So it became another thermonuclear culture war.

That we’ve jumped into an Orwellian netherworld should be obvious, but it’s worse than that. This is a mob shakedown in statute. It is telling every other business in the state the rules of the road. Keep your mouth shut and the checks coming, or else.

And so long as Florida remains America’s unfortunate appendage, don’t think this idea won’t travel—to Texas and Georgia and other states with right-wing governments and influential businesses that don’t toe the line on the culture war of the week.

Because if DeSantis succeeds in bullying Disney the way he bullies queer 12-year-olds, no business—no person—in these states will be free to oppose the regime without risking the regime’s wrath.