He also said that while the company can be a “lightning rod for clicks and for political podium speeches." 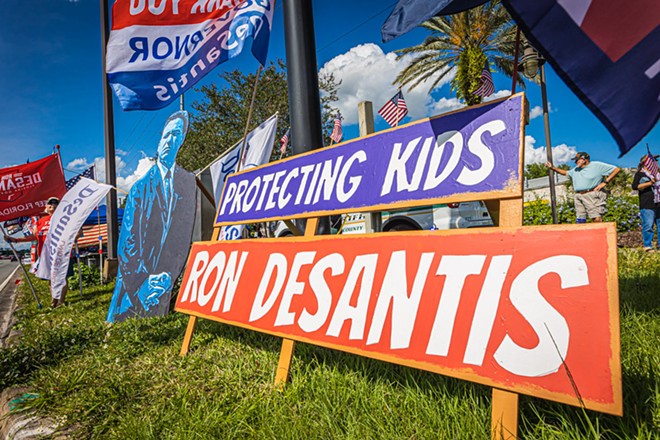 Photo by Dave Decker
Walt Disney Co. Chief Executive Officer Bob Chapek on Sunday defended his company, which has been at odds with DeSantis over Florida’s “Parental Rights in Education” law, known to critics as the “don’t say gay” bill.

During Disney’s D23 fan event at the Anaheim Convention Center in California, Chapek also put on an optimistic spin on the future of the Reedy Creek Improvement District, which DeSantis and Republican lawmakers decided to dissolve after Disney opposed the education law. Reedy Creek was created in the 1960s in the Orlando area to allow Disney to handle issues from land use and wastewater services to fire protection and transportation.

While DeSantis and Republican lawmakers approved eliminating the district as of June 2023, they also left open the door to possibly readdressing the issue during the 2023 legislative session.

“I think our staff saw how I stood firm during the ultimate barrage of attacks from certain political constituencies and, frankly, I think it was much stronger and much longer and much harder than they ever could have imagined and we stood our ground,” Chapek told the Hollywood Reporter. “So, I think it’s safe to say that actions speak louder than words, and they saw resiliency and consistency no matter how strong the attacks.”

He also said that while the company can be a “lightning rod for clicks and for political podium speeches,” it wanted to rise above the brand being “misappropriated or misused to try to fit the needs of any one particular group’s agenda.”