Disney, private prisons and John Morgan are among the top donors to Florida Republicans so far in 2019

The Democrats really got the short end of the stick. 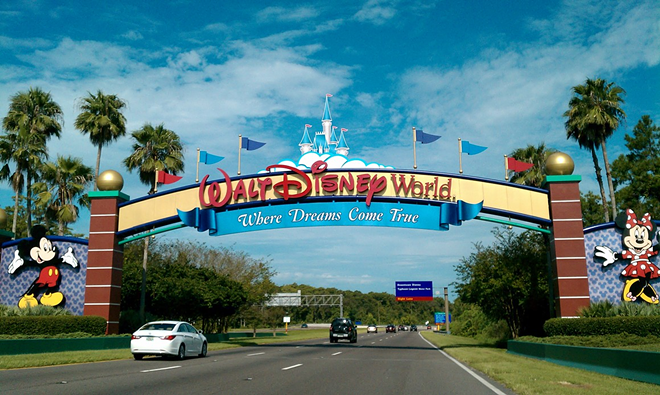 The Republican Party of Florida reported a massive haul of over $5.1 million or the first quarter of 2019, and their leading contributors include some all too familiar names.

According to the most recent report from the Florida Division of Elections, the local GOP collected a total of $5,102,175, which is a hefty number compared to the $895,055 reported by the Florida Democratic Party.

Of course, the largest donor to the Republican Party was the private-prison giant The Geo Group Inc., which sent in a total of three checks for $160,000. For those of you unfamiliar with the GEO Group, they currently hold nearly a half billion dollars in ICE contracts and have been accused by the American Civil Liberties Union of torturing immigrant detainees at their facilities in Colorado and Arizona. The group, which is based in Boca Raton, is no stranger to backing Republicans. Last year, the company also gave $100,000 to Ron DeSantis’ gubernatorial political action committee.

The next largest donor in Q1 was a company that never fails to show up on a financial disclosure form, Disney, which provided a whopping five checks totaling $135,000. Though the company is known for spreading cash fairly equally to both parties, The Mouse gave just $20,000 to Florida Democrats last quarter.

Another sizable and noteworthy contribution came from Orlando attorney John Morgan’s law firm Morgan & Morgan, which gave the Florida GOP a single check for $75,000 on January 4. Morgan, once a noteworthy Democratic donor, announced his exit from the party in 2017 in a rather dramatic way, saying “I can’t muster enthusiasm for any of today’s politicians.”  And, in a tweet last March, Morgan argued that the Democrats were the ones that left him, specifically calling out “a 29 year old bartender” U.S. Rep. Alexandria Ocasio-Cortez as the reason.

I did not leave the Democratic Party. @TheDemocrats left me.

A 29 year old bartender did this.https://t.co/J1hE5fALJI

Publix, which last year stated that they would no longer donate to politicians only to back out of that promise last February, was also present on the GOP’s financial report, giving a total of $30,000. In comparison, the Lakeland-based grocer gave a single check for $5,000 to the Democratic Party.

If you're wondering who the largest donor was to the Democratic party, it was the United States Sugar Corp (aka Big Sugar), with a check for $40,000.

Stay up to date with Tampa Bay news, views, culture, food and fun — subscribe to our newsletters.