Did the theme park megalodon just save part of Osceola County from development? 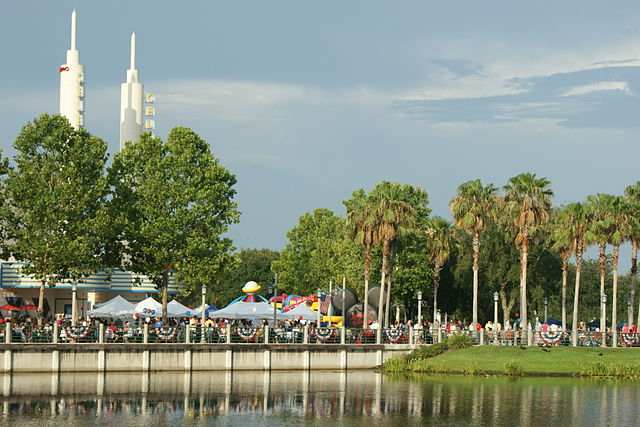 Wassssuuuup! (talk) Adam R via Wikimedia Commons/CC3.0
The ranch land, for which Disney paid $23 million, is near Disney's planned community of Celebration.

The Walt Disney Company bought 965 acres of ranchland in Osceola County, Florida, according to the Orlando Business Journal.

While the sale hasn't hit the Osceola County records yet, we're thinking OBJ is right, especially since they have a spokesperson for the land on the record.

While the anti-Disney folks — we know who you are — may grimace at the idea of the theme park giant buying ranch land, because, well, density and land use issues, hold on to your outrage, because ranchers no longer owned the property; developers did.

Lake County-based BFT Capital Corp. sold the land to 215 Celebration Place, LLC, a Disney-related company (everyone on the LLC's annual report lists either Disney-controlled Lake Buena Vista, Florida or a Burbank, California address, so y'all can extrapolate) on Dec. 13, a judge-appointed custodian of the land told OBJ.

No word yet as to what Disney plans to do with the land, but it's near Disney's Celebration, so we're thinking it's probs not going to be another theme park. Honestly, though, Disney, so long as you don't build strip malls and discount shoe stores, we're pretty much OK with whatever you do to the land.

Disney has a hefty chunk of its land set aside for conservation, and since they're part of the Everglades system — yes, for reals — any mitigation they do helps our state as a whole.

Subscribe to Creative Loafing's weekly Do This newsletter and stay in-the-know.