How do I talk to my son about my suspicion that he’s gay? 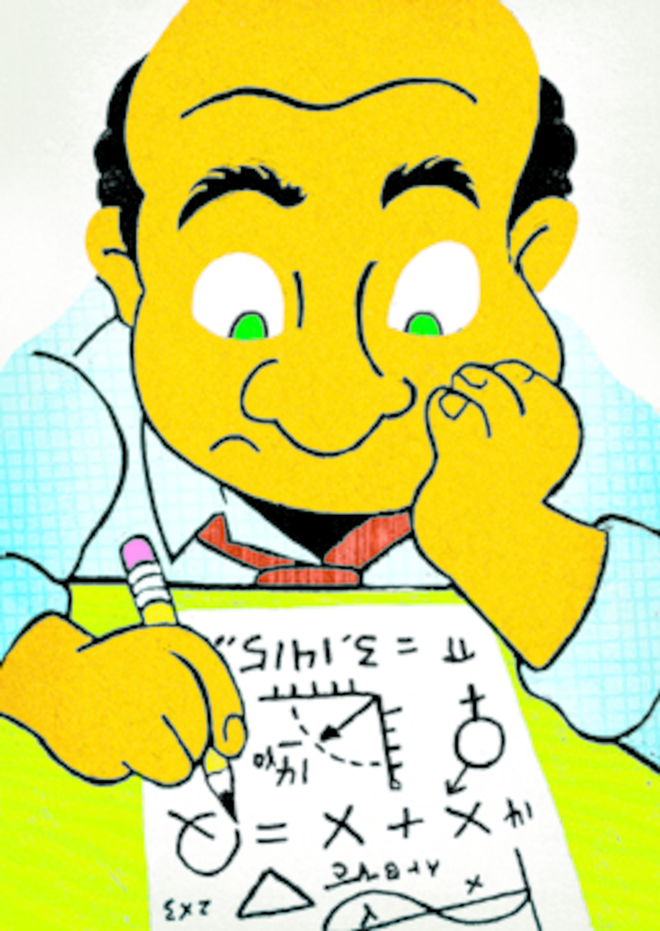 I’m a 37-year-old single father with a 14-year-old son. I’ve raised him on my own basically since birth, with help from some good friends and nearby family. Overall he’s a good kid: gets decent grades, rarely gets in trouble. Our relationship isn’t perfect — I work a lot and he’s a teenager, but no major issues. Over the past year, however, I have become increasingly convinced that he is gay. I’ve found gay porn on his laptop (yes, I snoop; I pay the bill and I’m his dad), he’s shown ZERO interest in girls, and he has always been a tad effeminate, though I know that’s probably an unfair stereotype. I have no problem with gay people and I support full equality for same-sex couples. And truly, if my son is gay, while I won’t pretend it’d be no big deal and not require a bit of mental adjustment, I’d love him and support him fully.

My son has a friend, let’s call him “Gomer,” who comes over often. Sometimes they’re here when I’m not, and often they’re alone together with the door closed. If Gomer were a girl, these things wouldn’t be allowed. I’ve had the (straight) sex talk with my son, and he knows that I don’t want him to be sexually active yet. But a friendship with a guy isn’t sexual … unless it is. I have no specific knowledge that anything has happened between them. Gomer is a nice kid, and I’ve met his parents. I have no problem with them hanging out. But if my son were gay, I would have a different, stricter set of rules regarding male friends. BUT HOW DO I BROACH THE SUBJECT?

He’s a sensitive kid, and I worry he’d lie or resent me. And if he’s not gay, I worry I could seriously damage our relationship and hurt his pride by suggesting he is. I’m swimming in unfamiliar waters here with no life vest.

“In an ideal world, Dad Under Duress would take a slow and roundabout way to encourage his son to come out to him,” says John Schwartz, a correspondent for the New York Times, a father of three, and the author of Oddly Normal: One Family’s Struggle to Help Their Teenage Son Come to Terms with His Sexuality. “Instead of a direct confrontation — are you gay or what? — DUD could make gay issues a part of the day’s general conversation. Discuss issues like same-sex marriage and stories in the newspaper that bring up LGBT themes. In that middle ground between pushing and ignoring, his son might decide that his dad is safe to come out to.”

Whenever possible, queer kids should be allowed to reveal their sexuality on their own timetable, Schwartz emphasizes, but there are times when a parent has to force the issue. For instance, if a not-yet-out gay kid is in crisis, or if a parent stumbles over evidence that a not-yet-out gay kid is doing something risky, a parent can and should go the “are you gay or what?” route. In your case, DUD, you already know your son is gay — “Browsers don’t lie,” says Schwartz — and the fact that your son might be having sex in his room, thereby breaking dad’s house rules, may rise to the level of “are you gay or what?”

“If he’d tell a hetero boy to keep his door open, a gay boy should get the same message,” says Schwartz. “He’s not being the monster and he’s not being insensitive. He’s being the dad. He should keep in mind, though, that if his son is already having sex with his buddy, telling him he can’t do it at home is likely to send them off to places — to school, to a car — where getting caught could have bigger consequences than getting grounded.”

Let’s pause for a moment to recall why — generally speaking — parents frown on their straight kids having friends of the opposite sex in their bedrooms: An unplanned pregnancy can quickly derail two young lives. While a couple of gay boys can get into trouble, DUD, and while sexually transmitted infections are a concern, Gomer isn’t going to knock up your son. So if your gut tells you that your son isn’t ready and that he would be traumatized if you forced him to come out, DUD, you might wanna let him think he’s pulling one over on his clueless straight dad. There aren’t many perks to being a closeted gay teenager — a few sleepovers that the straight kids couldn’t get away with might be a small consolation.

“If he’s lucky,” says Schwartz, “DUD lives near an LGBT center with a youth program, which will help his son find a community and also get a healthy dose of sex ed and risk reduction. If not, he could be in for an uncomfortable conversation or two. But the underlying message you’ll be sending is that you care, and that you’re the dad.”

Oddly Normal is a terrific book, and any parent with a queer kid should read it — and since any kid could be queer, that means every parent should read it. You can follow John Schwartz on Twitter @jswatz, and there’s a good interview with Joseph Schwartz at the Atlantic: tinyurl.com/oddlynormal.