The Jacksonville Democrat was convicted on fraud and tax charges related to her role in using contributions to the One Door for Education charity for personal expenses and events. 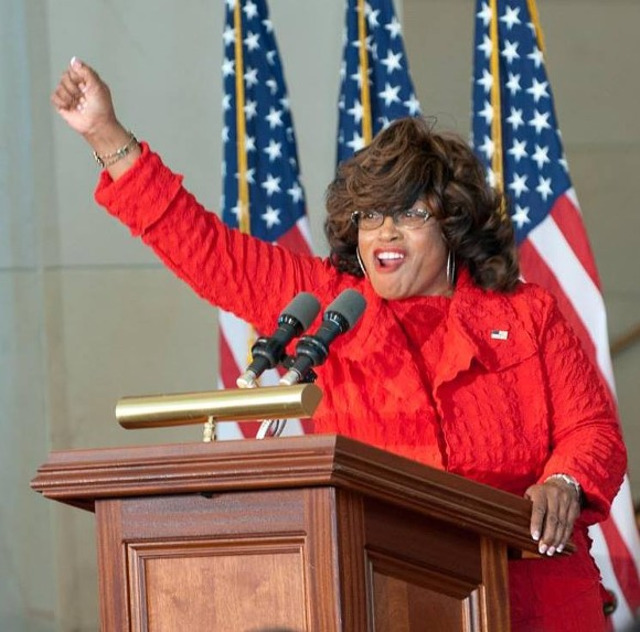 A divided federal appeals court Thursday overturned the conviction of former Florida Congresswoman Corrine Brown on fraud and tax charges, ruling that a juror was improperly removed from her trial because he said the “Holy Spirit” told him Brown was not guilty.

The 11th U.S. Circuit Court of Appeals, in a 7-4 decision, ordered a new trial for Brown, who was convicted in 2017 on 18 felony counts related to an alleged charity scam.

Brown’s appeal focused on whether U.S. District Judge Timothy Corrigan was justified in replacing the juror --- known as Juror 13 --- with an alternate because of the statement about the Holy Spirit.

In Thursday’s majority opinion, appeals-court Chief Judge William Pryor wrote that the record of the case “establishes more than a substantial possibility that Juror No. 13 did not forsake his oath and instead was fulfilling his duty. Corrine Brown was entitled to the unanimous verdict of a jury of ordinary citizens. The removal of Juror No. 13 --- a juror who listened for God’s guidance as he sat in judgment of Brown and deliberated over the evidence against her --- deprived her of one.”

Pryor wrote that the juror repeatedly assured Corrigan that he was following jury instructions and basing his decision on evidence presented during the trial.

“Jurors may pray for and believe they have received divine guidance as they determine another person’s innocence or guilt, a profound civic duty but a daunting task to say the least,” Pryor wrote in a 48-page opinion joined by Judges Kevin Newsom, Elizabeth Branch, Britt Grant, Robert Luck, Barbara Lagoa and Andrew Brasher. “The district judge was wrong to conclude that Juror No. 13’s statements that he received guidance in response to prayers were categorically ‘a bridge too far.’”

But Judge Charles Wilson, in a dissenting opinion, wrote that district judges are “best positioned to assess a juror’s capability and willingness to properly deliberate.” Juror 13 was disqualified during deliberations after another juror alerted Corrigan to the Holy Spirit comment.

“The majority casts the district court’s decision as misconstruing religious expression while failing to safeguard the right to a unanimous jury verdict,” Wilson wrote in the dissent joined by Judges Beverly Martin, Adalberto Jordan and Robin Rosenbaum. “On this record, I cannot agree. The decision to remove Juror No. 13 was a tough call, and one the district court did not take lightly. But from the district court’s superior vantage point, it was necessary to ensure that a verdict was rendered based on the law and evidence --- a principle that is foundational to our system of justice.”

Brown, 74, was a member of the U.S. House from 1993 to 2017, after serving in the state Legislature. The Jacksonville Democrat was convicted on fraud and tax charges related to her role in using contributions to the One Door for Education charity for personal expenses and events.

Prosecutors wrote in a brief at the appeals court that Brown and her former chief of staff, Ronnie Simmons, solicited and obtained more than $833,000 in donations for One Door for Education. Brown was sentenced to five years in prison but was released last year amid the COVID-19 pandemic.

Brown’s conviction was upheld in January 2020 by a three-judge panel of the appeals court, but that ruling was vacated in September as the full court decided to hear the case in what is known as an “en banc” hearing. The Atlanta-based court heard arguments in January.

The religious issues in the case drew attention and support for the former congresswoman, including in a friend-of-the-court brief filed by attorneys general from Nebraska, Arkansas, Georgia, Kentucky, Louisiana, Mississippi, South Dakota and Texas.