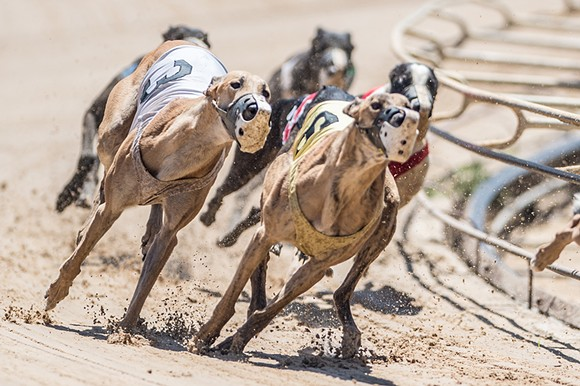 Now, the head of a pro-greyhound racing group says they're fighting to bring the so-called sport back.

In a public Facebook post last week, Jennifer Newcome, chairman of the Committee to Support Greyhounds, announced the group's intention to move forward with challenging the amendment in court. The challenge also has the support of the "Support Working Animals" organization. "We will keep everyone updated as the process moves along," Newcome wrote. "In the interest of maintaining the integrity of the case, and not 'showing our hand' so to speak, our legal team has advised us to limit the amount of info shared on any of our social media pages and public forums."

Newcome said the group plans to file the case in July.

With the passage of Amendment 13 in November via a ballot initiative derived from the 2017-2018 Constitution Revision Commission, betting on dog races was banned statewide. Though many tracks have already halted dog racing, the ban goes into the effect at the beginning of 2021. Other gambling, such as card games, will still be allowed at the tracks.

On their website, the pro-greyhound racing group Overturn13 claims the "greyhound industry in Florida, a legal trade and industry, was arbitrarily eliminated in Florida without proper 'due process.' Some have said the CRC was the 'due process.' But as we claim and the evidence CLEARLY shows, the outcome of Amendment 13 was predetermined by the illegal political process within the CRC." The group adds on their website: "Greyhound Nation did not back down before, and we refuse to stop until the last judge says 'NO.'"

Orlando Weekly has reached out to the group for comment.