Florida is about to crackdown on elephant rides, a historically 'polarizing topic'

"Elephant rides have a “longstanding” history in the state..." 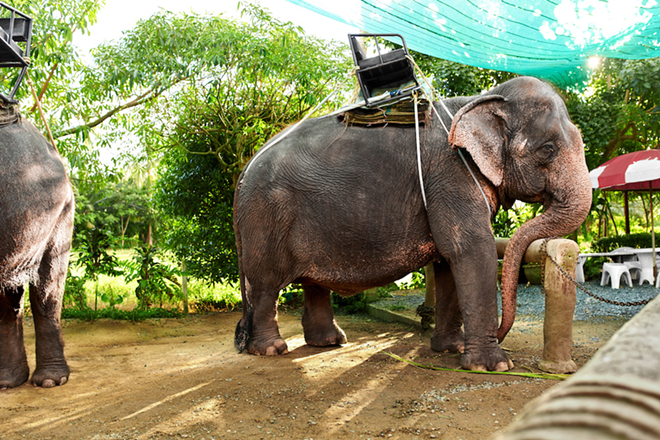 Elephant rides, which the state recognizes as having become a “polarizing topic,” could face a series of new rules when the Florida Fish and Wildlife Conservation Commission meets next week.

The proposed changes, from barriers to prevent unauthorized contact with bystanders to a ban on the use of elephants that have caused serious injuries or deaths, are being put forward because current rules “lack clarity and allow for ambiguity in enforcement action,” according to a staff summary of the proposal.

Elephant rides have a “longstanding” history in the state, but they have become a “polarizing topic” between the industry and groups that have pushed to ban the activity, according to the state agency.

Five licensees provide the rides in Florida, using a combined 10 elephants: nine Asian elephants and one African elephant, according to the commission staff.

Other proposed changes before the commission include specific requirements for public barrier heights and materials and requiring licensees to notify the commission before elephant rides occur outside of licensed facilities.

The elephant rides are on the commission's agenda for Oct. 3, the second day of a meeting in Cape Canaveral.

The staff summary noted that some recommendations came from the industry, including the proposal to retire elephants from giving rides if they have caused injuries or deaths.

The commission staff also received more than 1,200 comments during seven public workshops and online. Many of the comments called for an outright ban, but there was “strong input” in support of the rides continuing without rule changes, according to the commission staff.