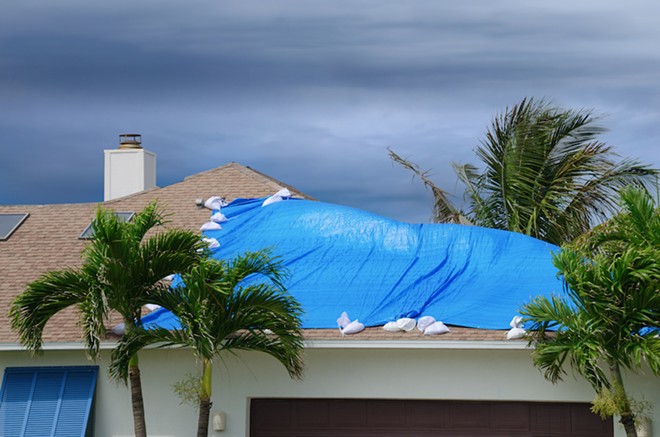 Photo via Adobe
Florida Insurance Commissioner David Altmaier expressed optimism Tuesday that litigation-related topics will be addressed that “go a really, really long way into encouraging capital to come back into our marketplace,” as lawmakers deal with the troubled property-insurance system during a special session next week.

But while appearing at a Florida Chamber of Commerce insurance summit in Orlando, Altmaier acknowledged that regardless of changes during the session, the private insurance industry has a “pretty pivotal three or four months coming up to really get a handle on what the financial condition of some of these folks might be.”

With rate hikes for private policies exceeding 30 percent, Altmaier said actuaries are providing companies with financial outlooks and there isn’t a lot of investor “capital out there.”

“So, we're kind of holding our breath a little bit as we get through those actuarial calls to kind of figure out what the reserve situation needs to be,” Altmaier said.

Bills for the special session have not been released, but Senate President Kathleen Passidomo, R-Naples, and House Speaker Paul Renner, R-Palm Coast, released a formal proclamation Tuesday for the session. That proclamation outlined issues that could be addressed, including reducing costs of litigation about insurance claims, improving claims handling and addressing the stability of the state-backed Citizens Property Insurance. Corp.

Citizens, which was created as an insurer of last resort, had seen its number of policies balloon to 1.13 million as of Friday, with its numbers expected to reach 1.2 million by the end of the year. The total is forecast to hit 1.68 million policies by the end of 2023, Citizens Chief Financial Officer Jennifer Montero said during a panel discussion at the Florida Chamber event.

“We’re a roller-coaster ride simply because we grow like crazy when the overall private marketplace is losing money,” Citizens President and CEO Barry Gilway said. “We drop like crazy when the private marketplace is profitable, right? And it's a simple model, and I do believe that if the right actions are taken, you know, another six months to a year from now we will start seeing investors coming in with new funds.”

Christine Ashburn, Citizens chief of communications, legislative and external affairs, said legislative requests include setting a benchmark that would require homeowners to take private coverage if it is offered within 20 percent of Citizens’ rates. In many cases, Citizens charges significantly less for coverage than private companies.

Tim Cerio, Citizens general counsel and chief legal officer, said officials are optimistic about the special session, but some requests will have to wait until the regular legislative session, which will start in March.

“What we're hearing is that this isn't going to be it,” Cerio said. “This is not going to be, ‘OK, we dealt with this in special session, we're done.’”

Altmaier said he thinks a key focus will be addressing what the industry calls “one-way attorney fees,” which can lead to insurers paying plaintiffs’ attorney fees when they lose cases. Also, Altmaier said he expects lawmakers to address bad-faith litigation, which involves allegations that insurers have not properly looked out for the interests of their customers.

“Litigation isn’t the problem —– it’s the scapegoat," Boggs said in a prepared statement. "Behind every lawsuit is a homeowner or business owner who has been underpaid or wrongfully denied coverage. These people are desperate to repair their homes or restore their businesses. Property owners are living up to their end of the bargain under the insurance contract. It’s time the Legislature made insurance carriers do the same."

Six property insurers have gone insolvent since February, all before Category 4 Hurricane Ian made landfall Sept. 28 and caused massive damage.

“2022 Is headed to be a record year. More lawsuits and homeowners insurance in 2022 than any time ever,” Wilson said. “Have they done reforms? Yes. Have they been challenged in court? Yes. Do we need to do more? Absolutely.”

Another factor, Wilson noted, is that Florida has 1,300 miles of coastline and three-quarters of Florida’s 22.5 million residents live within 15 miles of the coast.