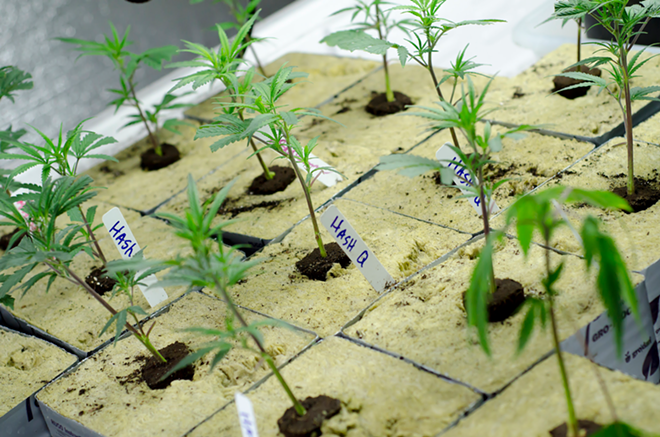 Brett Levin via Flickr / Attribution 2.0 Generic (CC BY 2.0)
This is a picture from Colorado, so don’t get any ideas, Florida Man.

It’s been an interesting week on the pot watch, Florida.

The News Service of Florida says that committees in the House and Senate have advanced legislation to get rid Florida’s ban on smoking medical marijuana (thanks, Ron). That’s a relief for patients who could soon be allowed to smoke medical marijuana, but there was also measure approved by a key House panel Tuesday which says that patients would have to purchase pre-rolled joints with filters.

And while not being able to roll your own seems fine, a Florida appeals court does appear skeptical of arguments that Tampa strip club king and cancer survivor Joe Redner should be able to grow his own medical marijuana.

Last year, Leon County Circuit Judge Karen Gievers cited a 2016 constitutional amendment that broadly legalized marijuana for patients when she ruled that businessman Redner should be able to grow marijuana as he seeks to prevent a relapse of lung cancer.

The Florida Department of Health, which oversees medical marijuana, appealed.

On Tuesday, appeals court Judge Scott Makar cited to parts of the 2016 constitutional amendment that spelled out details of “medical marijuana treatment centers,” which are businesses licensed to cultivate, process and sell marijuana. Makar said he did not see wording in the amendment that gives the same authority to patients who want to grow their own marijuana.

Another judge, T. Kent Wetherell, wanted to know if the Department of Health would have regulatory authority to make sure homegrown marijuana is secure (as it does with medical marijuana treatment centers).

One of Redner’s attorneys — Luke Lirot — said that a close reading of the amendment allows patients to have marijuana plants.

A ruling could take weeks or months.