You can only smoke till you pass out, Ray. 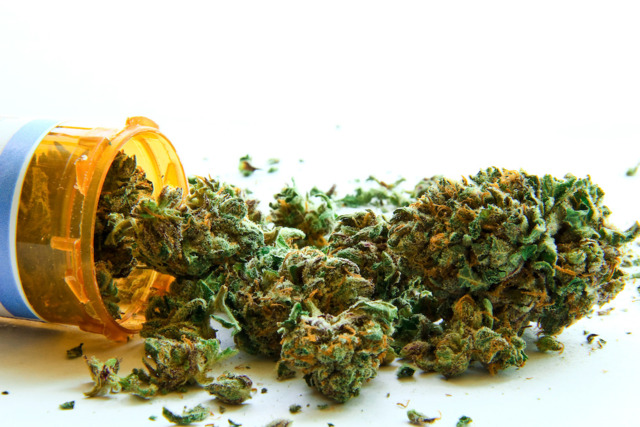 Florida patients can now smoke medical marijuana, but some Republican legislative leaders want to put a limit on how high they can get when lighting up.

The House is considering a proposal that would cap THC levels in medical marijuana at 10 percent, Rep. Ray Rodrigues, R-Estero, said in an interview with The News Service of Florida.

No bill has been filed, and Rodrigues, who’s shepherded medical-marijuana legislation in the House since low-THC cannabis was first authorized in 2014, said legislation is still “up in the air.”

“But it’s something we still think is important,” Rodrigues said.

Also, it hasn’t been determined yet whether the cap would only apply to smokable cannabis or other medical marijuana products as well.

Tetrahydrocannabinol, or THC, is the intoxicating ingredient in marijuana that produces a euphoric effect.

“We think there should be caps on THC,” Rodrigues said this week.

Senate President Bill Galvano, R-Bradenton, said in a text message Thursday that the Senate would support imposing caps on THC levels, but “would have to understand more before making a determination” about what the caps would be and whether they should apply only to smokable cannabis.

The House and Senate this month succumbed to Gov. Ron DeSantis and agreed to repeal the state’s ban on smokable medical marijuana. DeSantis had threatened to drop the state’s appeal of a court decision that found the smoking ban violated a 2016 constitutional amendment that broadly legalized medical marijuana.

Proponents of medical marijuana in Florida say that potential THC caps are another example of the Republican-dominated Legislature attempting to thwart the will of the voters, who overwhelmingly supported the constitutional amendment.

“It’s absolutely insane that after finally relenting on their jihad against sick people smoking marijuana that the House would deem it appropriate to wage another unconstitutional war against the will of the 71 percent of Floridians who approved medical marijuana. These proposed caps are arbitrary, unnecessary and will hurt Florida patients if enacted,” Ben Pollara, the campaign manager of the political committee behind the amendment, said in a text message.

Rodrigues said the House had been exploring THC limits but, in the rush to meet DeSantis’ March 15 deadline for the smoking-ban repeal, it didn’t have time to fully vet the issue and was unable to include such a provision in the measure the governor signed into law last week.

The study found that people who use pot daily were three times more likely to have a psychotic episode than someone who never used marijuana. The study also found that use of high-potency cannabis --- defined as 10 percent THC or more --- nearly doubled the risk of psychosis, compared to individuals who never smoked pot. People who used high-potency marijuana daily were five times more likely to develop psychosis, the study found.

Marijuana advocates have criticized the study, which involved about 900 people in five European countries.

“If that were the only study, the pushback might have some weight with us, but it’s not. There have been studies previous to that. This was just the largest one to come back and confirm what the smaller, previous studies had shown,” said Rodrigues, chairman of the House Health & Human Services Committee.

THC levels in whole flower medical cannabis generally range from 20 to 25 percent, while other products — such as shatter, tinctures or oils — can have up to 80 percent THC.

THC is one of the cannabinoids in marijuana that, working together, create what is known as the “entourage effect.”

“This attempt to focus on the concentration of the THC in the raw flower form is once again a lack of understanding that the legislators have because they haven’t reached out to enough clinicians who are doing this every day to understand some of those subtleties,” Gordon said in a telephone interview. “It’s not about the THC percentage. In the medical world, that’s going to be a horrible, horrible slippery slope.”

If lawmakers take up another medical marijuana measure before the legislative session ends May 3, the proposal could be sweetened by giving veterans free or discounted state-issued ID cards required to purchase the cannabis treatment. The cards now cost $75 a year, in addition to the hundreds of dollars per year for doctor visits and the cost of the treatment itself, none of which is covered by insurance.