“The federal government has a responsibility to protect our country from anarchy." 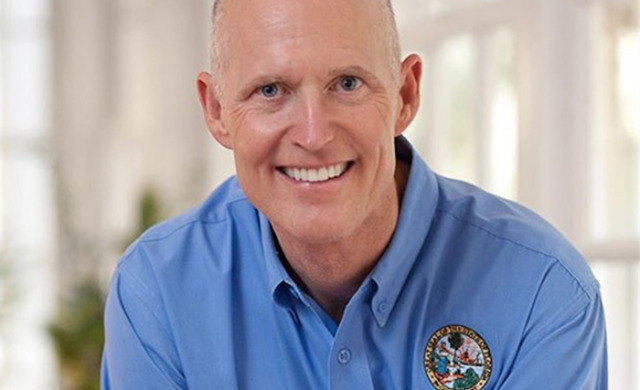 Scott trumpeted a media appearance in which he said that much, spotlighting a slice of it in a Monday afternoon tweet.

“The federal government has a responsibility to protect our country from anarchy. RT if you agree!”

Scott urged the retweet of his spot on Fox News with John Scott on Sunday evening.

He addressed the recent initiatives from the White House, and said he was “glad the President is going to show up” when it comes to imposing more aggressive law enforcement measures in cities rocked by protest of varying degrees of peacefulness.

The first-term Republican Senator said that President Donald Trump is “going to defend people and property, which is what every elected official in the country should be doing.”

“I’m glad the President is taking this seriously,” Scott added. “I wish every Democrat mayor and Democrat Governor was doing the same thing.

“Think about the citizens of Chicago, sitting there, day by day, watching the murder rate go up,” Scott said. “Watching, you know, watching Chicago politicians talking about defunding the police, not supporting the police, and then they’re going to complain that somebody wants to come in and take care of their citizens?”

“I just don’t get what these Democrats are doing,” Scott protested. “They’re sitting here shutting down our economy, not focused on opening up our schools, not focused on funding the police, and then they expect us to reelect them.”

“The Democrats have gone off the deep end,” Scott added. “This is not the Democratic Party of 50 years ago.”

The specific Democrats active in 1970 that the Senator pines for, alas, remain a mystery. But Scott’s posture on “defund the police” style positions is nothing new.

For Scott, calls to “defund the police” have offered a platform to stand in opposition to a position that seems to have more resonance as a protest slogan than a policy plank in divided Washington D.C.

“The single most ridiculous and irresponsible policy idea that has been suggested in my lifetime can be summed up in three words: ‘Defund the police.’ And yet, it is actually being discussed and debated as if there are pros and cons to it by those on the Left. There are no ‘pros’ to defunding the police. There are no coherent arguments for this lunacy.” Scott wrote in the Washington Examiner last month.

“But defunding or disarming the police is not the answer. Simply put, it is a dangerous proposal driven by the radical Left whose agenda of ‘Medicare for all,’ the Green New Deal, open borders, and defunding law enforcement is being increasingly embraced by the leaders of the Democratic Party,” Scott added.