“And who can blame them?” 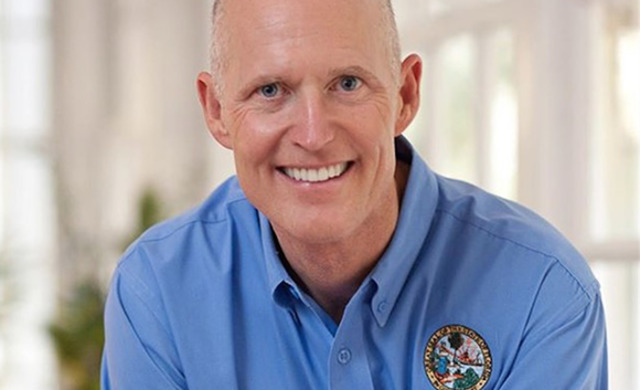 Florida Sen. Rick Scott wrote an op-ed for Fox News that decried the federal government’s response to the coronavirus pandemic, implying that the country’s millions of laid off workers would rather collect benefits than go back to work.

“Don’t incentivize workers to stay on government-run, taxpayer-funded programs when this crisis has ended and we need them to go back to work. That’s not complicated,” Scott wrote.

The first qualm that Scott mentions in his article is that the CARES Act didn’t set a limit on Unemployment Insurance benefits at the employee’s previous salary.

“This means that workers could make more money by not working than they would make if they had a job,” Scott wrote.

The former governor added that he and three other senators tried to amend the bill to put a cap on Unemployment Insurance benefits, but the amendment was shot down by Senate Democrats who, according to Scott, intentionally wrote the “drafting error.”

“So 48 U.S. senators voted for a government program that incentivizes people to not work, and no one batted an eye,” Scott wrote. “And don’t blame or judge the workers. After all, what would you do if you were struggling to make ends meet, to pay rent, to provide for your loved ones?”

Scott also mentioned in a campaign fundraising email to supporters that Americans would rather stay home then go back to work, reports the Tampa Bay Times.

“Businesses looking to reopen are telling us their employees don’t want to come back to work because they collect more on unemployment,” Scott‘s email said. “And who can blame them?”

Meanwhile, Florida’s unemployment claims website is down for the weekend and only 22% of the claimants have been paid, according to Florida’s Department of Economic Opportunity.

“Why is Florida in particular having such a difficult time now processing so many claims? It’s because it never intended to process so many,” Susan Houseman, the director of research for the Michigan-based Upjohn Institute for Employment Research, told the Associated Press. “In fact, it was scaling back in recent years. So Florida is even less prepared to handle the onslaught than other states.”

Scott was largely responsible for gutting the system in an attempt to cut taxes and appeal to the state’s big business.

Scott also criticized the Paycheck Protection Program, arguing that a lack of requirements resulted in funds being allocated to big businesses, instead of “your local coffee shop, florist, hairdresser or mom-and-pop hardware store.”

“While much of the funding in the CARES Act was necessary and will help those struggling during this crisis, unfortunately, many programs are riddled with waste, inefficiency and potential fraud,” Scott wrote. “These federal programs are “erring” a lot, and many of the beneficiaries aren’t hard-working families. It’s big businesses, well-connected industries, wealthy property owners and, in some cases, dead people.”