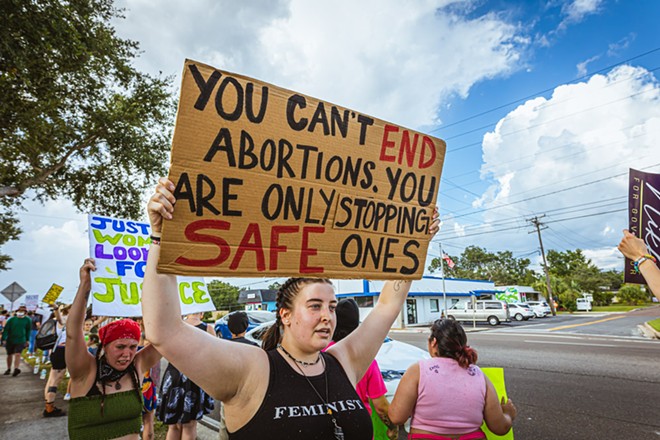 Photo via Dave Decker
Attorneys for abortion clinics and a doctor Wednesday urged the Florida Supreme Court to take up a battle about a new state law that prevents abortions after 15 weeks of pregnancy.

The attorneys filed a brief arguing that the Supreme Court should review a decision by the 1st District Court of Appeal that tossed out a temporary injunction against the law (HB 5).

The brief contended that the decision “conflicts with this (Supreme) Court’s binding precedent and decisions of other district courts.”

The dispute is rooted in a temporary injunction issued July 5 by Leon County Circuit Judge John Cooper, who ruled that the 15-week abortion limit violated a privacy clause in the Florida Constitution that has bolstered abortion rights in the state for more than three decades.

A panel of the Tallahassee-based appeals court, in a 2-1 decision, overturned the injunction, prompting attorneys for the clinics and the doctor, Shelly Hsiao-Ying Tien, to go to the Supreme Court last week.

The appeals court’s decision was based on whether the clinics and the doctor could show “irreparable harm” from the 15-week abortion limit.

The appeals court concluded that the plaintiffs could not show such harm. But the brief Wednesday disputed that conclusion.

“HB 5 bans abortion after 15 weeks of pregnancy in defiance of the Florida Constitution and decades of this (Supreme) Court’s precedent, causing widespread, irreparable harm to Floridians who are being denied their fundamental rights to make deeply personal decisions about their families, bodies and health free of government interference,” the brief said.

“The First DCA reversed the TI (temporary injunction) based solely on its erroneous view that plaintiffs — a doctor and health care facilities that provide abortion care — could not support the injunction by raising the irreparable harm their patients experience from being denied abortions that are prohibited under HB 5.”