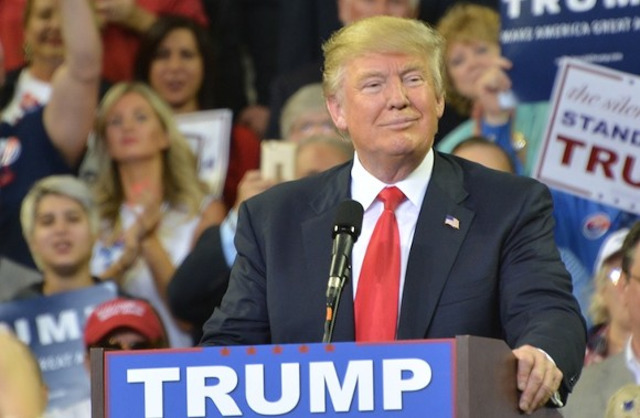 A Florida teacher is now being investigated for giving his students a quiz that referred to President Donald “a very stable genius” Trump as an “idiot.”

According to WPTV, the incident occurred at Watson B. Duncan Middle School in Palm Beach Gardens when an unnamed parent reported this multiple choice quiz question to the principal:

Seeing as all four presidents listed here could easily be defined as idiots, the only correct answer is “Donald Trump,” since he’s the only one who is the 45th president, he took office in 2017, he is in fact a Republican, and was (arguably still is) a real estate businessman.

But some parents didn’t agree, or were at least mad about the "idiot" part. After seeing the question, the principal then sent this concerned letter to parents:

"Hello Duncan Middle School Parents, this is Principal Philip D'Amico. A question on a quiz given by your child's Computer Applications teacher yesterday was brought to my attention this morning. The question was inappropriate and demonstrated an unacceptable lack of good judgment on the part of the teacher. An investigation is now underway, and the teacher has been reassigned during this process. Because this is an open inquiry, I am not at liberty to share any additional details with you at this point. I apologize for this incident, and for the offensive verbiage used in the question. Thank you for your patience, and your continued support of Watson B. Duncan Middle School."

It will be interesting to see exactly how this investigation plays out, considering the Merriam-Webster definition of an “idiot” is a “a foolish or stupid person,” and though Donald Trump refers to himself as “like, really smart,” he has been photographed with toilet paper stuck to his shoe, and once tweeted that since it’s freezing cold in New York, “we need global warming.”

These, of course, are all traits of an extremely smart and not at all foolish person.