"The 2021 law and the new measure would limit contributions during the petition-gathering phase of initiatives." 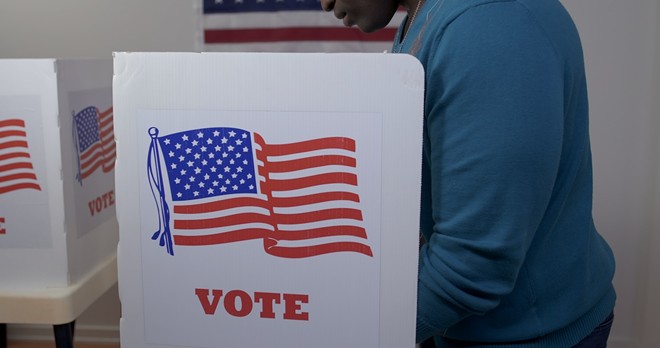 Photo via Adobe
Florida is trying to fend off a challenge to a new law limiting out-of-state contributions to political committees proposing ballot initiatives, saying the restriction could help curb attempts by outsiders to change the state Constitution.

But groups that convinced a federal judge to issue a preliminary injunction against a similar measure last year say the new law violates First Amendment rights.

U.S. District Judge Allen Winsor in July issued the injunction against a 2021 law that placed a $3,000 limit on contributions from in-state and out-of-state donors to political committees gathering petition signatures for ballot initiatives.

The Legislature this year, however, passed a bill (HB 921) to make the $3,000 limit only apply to out-of-state donors, with Gov. Ron DeSantis signing the measure last week.

Winsor found that the 2021 law unconstitutionally restricted speech. But the overall challenge to the 2021 law remains pending, with the American Civil Liberties Union of Florida and other plaintiffs seeking a summary judgment against the contribution limit. As a result, both sides filed briefs this week about how the new bill could affect the case.

Attorneys for the Florida Elections Commission, which is the defendant in the case, contended that the 2021 lawsuit is moot because of the changes in this year’s law. They wrote in a brief Thursday that plaintiffs should have to file a new lawsuit if they want to challenge the measure.

The state’s attorneys also defended the reasons for the new law, arguing in part that it addresses limiting the power of out-of-state interests to change the Florida Constitution.

“The state of Florida has an important interest in ensuring that out-of-state special interests — who are neither electors of Florida nor a part of Florida’s political community — are not able to bypass Floridians’ duly elected representatives and commandeer Floridians’ citizen initiative process from the outset to force upon them a statewide vote to change their own laws,” the 16-page brief said. “HB 921 aims to enable the people of Florida to prevent out-of-state interests from controlling Florida’s elections or wholesale obliterating Florida law.”

But attorneys for the plaintiffs filed a brief Wednesday that urged Winsor to grant summary judgment in the already-existing lawsuit and said this year’s law does not strengthen “any state interests that could support the contribution limit.” It said the measure continues to violate First Amendment rights.

“Narrowing the category of individuals or organizations subject to the limit does not change the constitutional analysis. … A new asserted interest in restricting out-of-state contributions or a claim that the contribution limit is now more narrowly tailored are both legally irrelevant,” attorneys for the ACLU Foundation of Florida wrote in the 11-page brief.

The 2021 law and this year’s bill were part of years of efforts by Republican leaders to make it harder to pass citizens’ initiatives. Political committees typically have to raise and spend millions of dollars to collect the hundreds of thousands of petition signatures needed to reach the ballot.

The 2021 law and the new measure would limit contributions during the petition-gathering phase of initiatives. The limit would not apply after initiatives qualify for the ballot.

But Winsor, who was appointed to the bench by former President Donald Trump, said in last year’s preliminary injunction that the limit would improperly curtail political speech.

The state “bears the burden of justifying restrictions on political expression by advancing at least ‘a significantly important interest’ that is ‘closely drawn to avoid unnecessary abridgment of associational freedoms,’” Winsor wrote.