The bill approved Tuesday would eliminate the road between Collier and Polk counties. 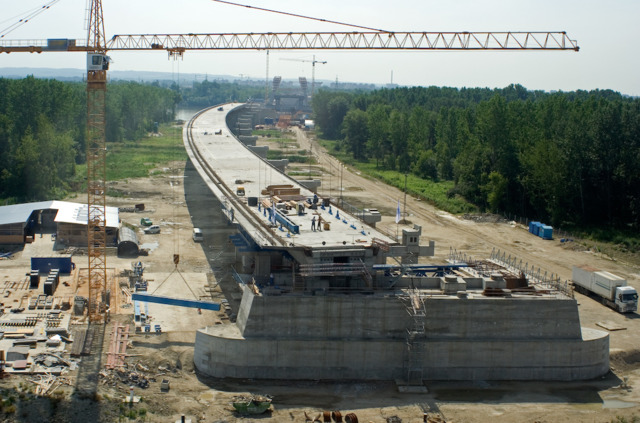 With little comment, the Florida House on Tuesday gave final approval to scrapping much of a controversial toll-road plan, sending the issue to Gov. Ron DeSantis.

The House voted 115-0 to repeal the program dubbed the Multi-use Corridors of Regional Economic Significance, or M-CORES, which was pushed through in 2019 by then-Senate President Bill Galvano, R-Bradenton.

While the planned toll-road projects have been a lightning rod for environmentalists, the Florida Transportation Builders’ Association, a backer of the M-CORES plan in 2019, called the repeal a responsible way to address the state’s “short-term and long-term infrastructure.”

“As Florida’s population continues to grow, there will be an increasing number of vehicles traveling on our roads and we will need both new and improved roadways throughout our state to accommodate them,” association President Ananth Prasad said in a prepared statement Tuesday. “This legislation is a sensible approach to begin addressing this issue. Prioritizing infrastructure investments, as the Legislature has done with the passage of this important bill, is vital to the future success.”

DeSantis’ office didn’t immediately respond to a question about whether the governor will sign the bill (SB 100), which the Senate approved on March 25.

The bill approved Tuesday would eliminate the road between Collier and Polk counties, while requiring plans to extend the turnpike west from Wildwood to the Suncoast Parkway and to lay out a route that would weave the Suncoast Parkway north along U.S. 19 to connect with Interstate 10 in Madison County.

The measure relies in part on recommendations of task forces that looked at the toll-road projects last year. Also, lawmakers have cited economic effects of the COVID-19 pandemic, which included forcing the Department of Transportation to trim a work program.

The task forces, which spent about 15 months reviewing the M-CORES projects, sent a report to lawmakers in November calling for a deeper dive into the future traffic needs of the state. Also, Florida TaxWatch raised questions last summer about the need for extending the Suncoast Parkway and the potential cost.

“Those voices are very different voices from around the state,” Diamond said. “Many people from our small towns, from our ag community, many people from our environmental community, worked through the process that we set forward in our legislation --- these M-CORES task force meetings --- to express their concerns with the project. And I think we've all read the TaxWatch report and realized how much money we would have committed to future legislators on this project.”

The M-CORES projects were promoted by Galvano as a way to help handle future growth, and he linked the roads with adding broadband and other infrastructure.

Under the bill, transportation officials would develop a plan that would extend the Suncoast Parkway north along U.S. 19 by the end of 2035.

The bill would include non-tolled alternatives for local traffic along U.S. 19; require property owners impacted by the roads to get at least one access point for each mile of land owned; and seek to avoid dividing historic minority communities.

The bill also would direct transportation officials to start project-development and environmental work on an extension of the turnpike from where it ends now in Wildwood. They would have to submit a report to legislative leaders and the governor on the project by the end of 2022.