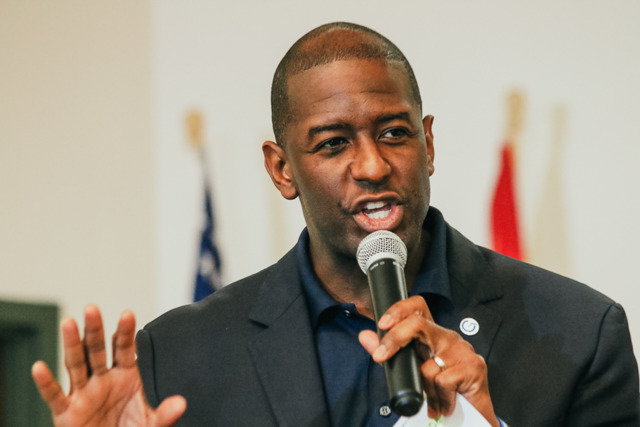 A look at reported expenditures for the Forward Florida political committee shows it spent $8,360 on legal services with Stearns Weaver Miller Weissler, a Tallahassee law firm, on the last day of November. That’s nearly half the money the committee spent the entire month.

That’s striking because November was, as most political consultants are aware, when the 2020 presidential election took place.

The political committee did spend $5,000 with RGSpeers, the consulting firm for political consultant Rosy Gonzalez Speers. The only other major expenditure for the committee in November was $4,371 spent on rent for an office in Coral Gables.

Gonzalez Speers served as the original executive director for the Gillum-tied Forward Florida Action, a separate nonprofit whose own spending practices came under fire last month when tax disclosures offered a first glimpse into the organization’s finances.

But a huge portion of the Forward Florida political committee’s expenditures for 2020 through November went toward lawyers.

Stearns Weaver Miller Weissler, in total, collected $231,536 from the political committee for legal services, including the most recent November payment.

During that time, Gillum found himself in the headlines more often for his personal problems than his political efforts.

In March, police reported to an overdose at the Mondrian South Beach Hotel. There to treat a reputed escort, Travis Dyson, responders found Gillum undressed and intoxicated. While police released photos of what appear to be bags of methamphetamines, Gillum maintained he only drank alcohol and was not using drugs the evening of the incident. No criminal charges have been filed against anyone there.

This year was supposed to mark a political comeback for Gillum, who had promised with his nonprofit and political committee to register or reengage a million new voters before the presidential election.

Democrats have pointed to shortcomings with that effort as part of why Florida was one of three states where President Donald Trump increased his percentage of the vote over 2016, even as Democrat Joe Biden flipped five former Trump states blue.

“Stacey Abrams registered 800k new voters, Biden won GA,” tweeted Orlando lawyer John Morgan, a major Democratic donor. “Andrew Gillum registered 0 new voters, Biden lost FL. In light of all that’s transpired, time for all of us who gave money to what became his slush fund meet and get a plan. We now have a good idea what our money was used for.”

Indeed, Abrams and Gillum followed close career tracks. The Georgia Democrat narrowly lost to Brian Kemp in 2018 and then committed her political efforts to registering progressive voters in 2018. After the Peach State narrowly went to Biden by just over 11,000 votes, Abrams earned much of the credit and national accolades.

The Forward Florida political committee formed in 2016 ahead of Gillum’s run for Governor.

Through Nov. 30 of 2018, after Gillum narrowly lost to Republican Ron DeSantis, he had just over $4 million left in cash in the committee, drawing stinging criticism at the time.