He’s also been named a co-chair for Bloomberg’s Florida campaign. 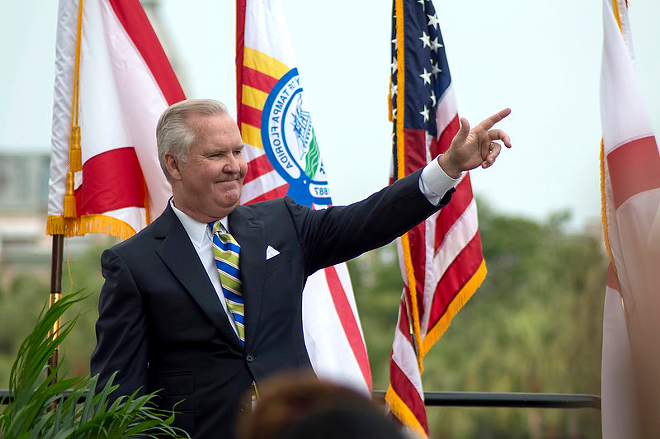 Photo via City of Tampa/Flickr

Michael Bloomberg, a billionaire presidential candidate and guy who recently shook a dog’s mouth, just nabbed an endorsement from a Tampa big shot.

A week after having coffee with Bloomberg at Trip’s Diner, former Tampa mayor Bob Buckhorn has decided to endorse his presidential run, saying he’s also been named a co-chair for Bloomberg’s Florida campaign.

Buckhorn made the announcement this morning.

“As Mayor, Buckhorn worked to enroll thousands of Floridians in the Affordable Health Care program while leading Tampa’s transformation and revitalization,” Scott Kosanovich, Florida state director for Bloomberg said in a statement. “We are thrilled to have the support of one of Florida’s trusted and most proven leaders as we build an unparalleled operation here in our efforts to defeat Donald Trump.”

The announcement doesn’t come as much of a surprise, seeing as Buckhorn has spent the last week stanning for Bloomberg on Twitter.

Since Central Florida will be a huge focus for his campaign, this endorsement comes as good news for the media mogul, who has already opened a field office in Orlando, and plans to open another in St. Petersburg this week.